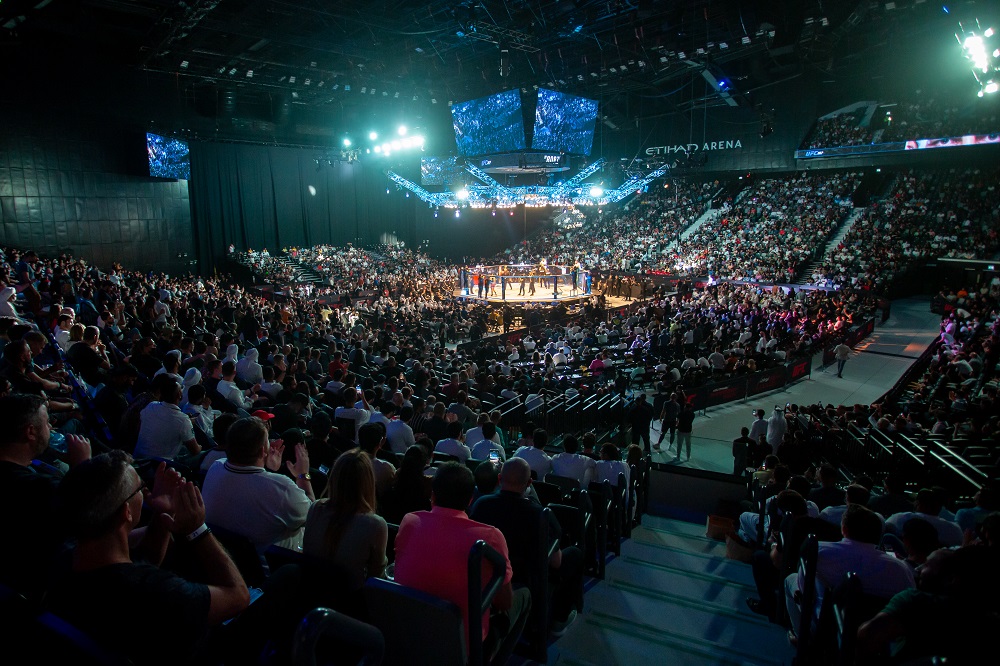 From crowd-pleasing concerts to exhilarating action with the NBA, e-sports and a range of enriching cultural events, the UAE capital is inviting residents and visitors to enjoy memorable experiences at their own pace

Abu Dhabi, 23 September 2022: The Department of Culture and Tourism – Abu Dhabi (DCT Abu Dhabi) has announced its line-up of events for the 2022/2023 winter season, which are set to create excitement and elevate the destination experience of the UAE capital.

H.E. Saleh Mohamed Al Geziry, Director General for Tourism at DCT Abu Dhabi, said, “Abu Dhabi Calendar has an incredible line up of events to thrill and excite our residents and visitors this season. We’re looking forward to sharing Abu Dhabi with the world by playing host to spectacular musical acts and action-packed global sport spectacles that will attract fans and families from across the globe. It’s a jam packed and incredibly diverse agenda of events which promises to connect friends, excite youth and unite families for unforgettable moments they can enjoy at their own pace.”

Mohamed Abdalla Al Zaabi, CEO of Miral, said, “Through our collaboration with DCT Abu Dhabi and the support of our trusted partners, Abu Dhabi will host an action-packed line-up of world-class events on Yas Island and across the emirate this season, from exhilarating concerts to cultural festivals, aimed at elevating experiences for residents and tourists of all ages to enjoy across the UAE capital.

“This reiterates our commitment to achieve our vision of positioning the island as a top global destination for entertainment and leisure, as well as a preferred location for world-class events. We continuously aim to attract guests from around the globe by bringing international A-list artists and globally renowned events to Abu Dhabi, providing captivating and immersive experiences that create unforgettable memories and raise Abu Dhabi’s position as a global tourism hub.”

On bringing Blippi The Musical to Abu Dhabi for the first time, John Lickrish, CEO of Flash Entertainment, said: “As an entertainment industry leader, we pay great attention to what audiences want to see and experience. Flash Entertainment has a long track record of bringing the best global performers and events to audiences in the UAE and the region. We have paid close attention to the growth of Blippi’s following so it is a special moment to bring this exciting show to young fans in Abu Dhabi as we continue to diversify our offering and develop the regional entertainment landscape.”

On the Abu Dhabi debut of Wireless Festival next year, James Craven, President of Live Nation MENA, said: “With more than 200 nationalities living in the UAE, it is important we constantly track changing music tastes that are reflective of such a diverse population. Hip Hop remains one of the most popular genres throughout the region and the launch of Wireless Festival in Abu Dhabi next March will be a huge draw to urban music fans throughout the region. The festival will showcase some of the biggest international hip hop stars but will also provide a platform for local artists too.”

With the complete Abu Dhabi Calendar featured on the Visit Abu Dhabi website, residents and visitors can now start planning their ‘must-see’ schedule for the following events:

A melodic musical line up and electric nightlife events

o   Wireless Festival: The popular rap and urban music festival from London is heading to Abu Dhabi on 4 March 2023.

o   Sting: The 17-time Grammy Award winner will arrive at Etihad Arena as his critically acclaimed My Songs tour on 27 January 2023. Tickets go on sale on 23 September.

o   Andrea Bocelli: The Italian tenor will return to Abu Dhabi for a night of enchanting classical music at Etihad Park on 24 November.

o   A. R. Rahman: The two-time Academy Award winner will perform for the first time in Abu Dhabi at Etihad Arena on 29 October.

o   IIFA Awards Abu Dhabi 2023: The Bollywood film fraternity will return to Abu Dhabi on 11 and 12 February 2023 for a star-studded weekend at Etihad Arena.

o   Club Social Festival: Promising a weekend of music, food and drinks from 28 to 30 October, this event will feature Liam Gallagher, Kaiser Chiefs, and Clean Bandit.

o   National Day Concerts: A series of concerts will mark this year’s National Day celebrations at various locations from 1 to 3 December.

o   NBA Abu Dhabi Games 2022: The Atlanta Hawks and the 2020-21 NBA championship-winning Milwaukee Bucks will play two pre-season games at Etihad Arena on 6 and 8 October, marking the first ever NBA games in the Arabian Gulf.

o   NBA District: Showcasing music, media and art associated with NBA culture, this immersive, interactive fan event will be held in conjunction with the NBA Abu Dhabi Games 2022 at Manarat Al Saadiyat from 5 to 9 October. Fans will be able to engage with NBA personalities from around the world, watch authentic NBA game entertainment, enjoy hands-on basketball activities, and purchase limited-edition NBA merchandise.

o   Abu Dhabi Showdown Week (ADSW) 2022: Exciting concerts, workshops, pool parties and city-wide activations, featuring some of the biggest UFC stars, will run from 17 to 23 October, headlined by the highly anticipated UFC 280: OLIVEIRA vs MAKHACHEV on 22 October at Etihad Arena.

o   MENA Games For Change Summit: Bringing together global gaming experts, the first Games for Change summit in the Middle East and North Africa is coming on 11 and 12 October.

o   UAE Warriors: Featuring local and international fighters, the spectacle will return on 20 and 21 October and again in December.

o   Abu Dhabi T10 League: The sixth edition of the popular cricketing league will take place from 23 November to 4 December at the Sheikh Zayed Cricket Stadium.

o   BLAST: Eight of the world’s best e-sports organisations will tussle for the prestigious World Final trophy, a slice of a $1 million prize pool, and a chance to claim bragging rights as the 2022 champions of Counter-Strike on 17 and 18 December.

o   Liwa Festival: The motoring event will take place from 22 November to 4 December, along with Khaleeji concerts, culture and heritage activations, food stalls, an outdoor cinema and a night market.

Fun leisure and family days out

o   Disney’s The Lion King: Etihad Arena will host a month-long run of the landmark Broadway musical from 16 November to 10 December this year.

o   Disney on Ice: The city will welcome back this ever-popular family show between 12 and 16 October to Etihad Arena.

o   Mother of the Nation (MOTN) Festival: Offering family-friendly fun and cultural awareness, the event will return from 9 to 18 December with a jam-packed schedule, featuring exciting zones and live entertainment, including Miami Band.

o   Abu Dhabi Culinary Season: The emirate’s annual celebration of food will take place from October to December this year across Abu Dhabi’s cafés and restaurants, featuring a diverse schedule of culinary experiences, range of cuisines, styles and price points.

o   Blippi The Musical: The popular children’s entertainer and educator is bringing an energetic, live musical show for young children and families 18 and 19 February at Etihad Arena.

o   Middle East and North Africa’s 50 Best Restaurants 2023: This culinary-themed event will feature guest dinners and discussions, alongside the reveal of the organisation’s rundown of the top 50 restaurants in the region.

o   Abu Dhabi Art 2022: The annual art fair is returning from 16 to 20 November, bringing together local and international galleries, alongside exhibitions, artist commissions and installations.