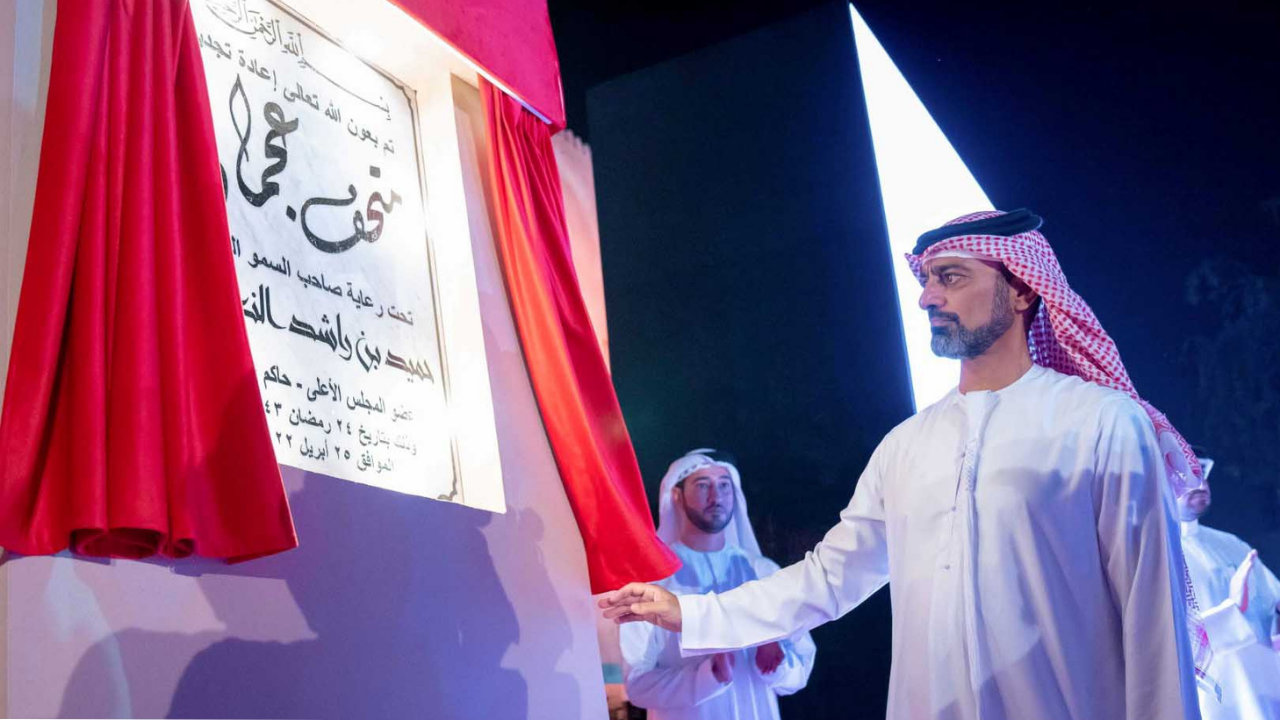 H.H. Sheikh Ammar bin Humaid Al Nuaimi, Crown Prince of Ajman and Chairman of Ajman Executive Council, affirmed that heritage is an essential part of the Emirati national identity and one of the community’s valuable strengths.

Sheikh Ammar was briefed by the museum curators about the latest audio-visual display techniques introduced in the museum (located at the heart of Heritage District) which was inaugurated by the late founding father Sheikh Zayed bin Sultan Al Nahyan in 1991.

The Museum is part of a massive project to enrich the heritage content in the emirates which includes three main museums : Ajman Museum, Masfout Museum and Manama Museum and other under-planning museums. As perfect example of traditional Emirati architecture, the 18th-century fort served as the ruler’s residence until 1970, before it was converted into a museum a decade later.

The new identity of the museum seeks to heighten awareness about the importance of safeguarding the emirate’s cultural heritage and delivering the museum’s message.

The Ajman Tourism Development Department has launched an app for the museum with an interactive map and a tour guide.