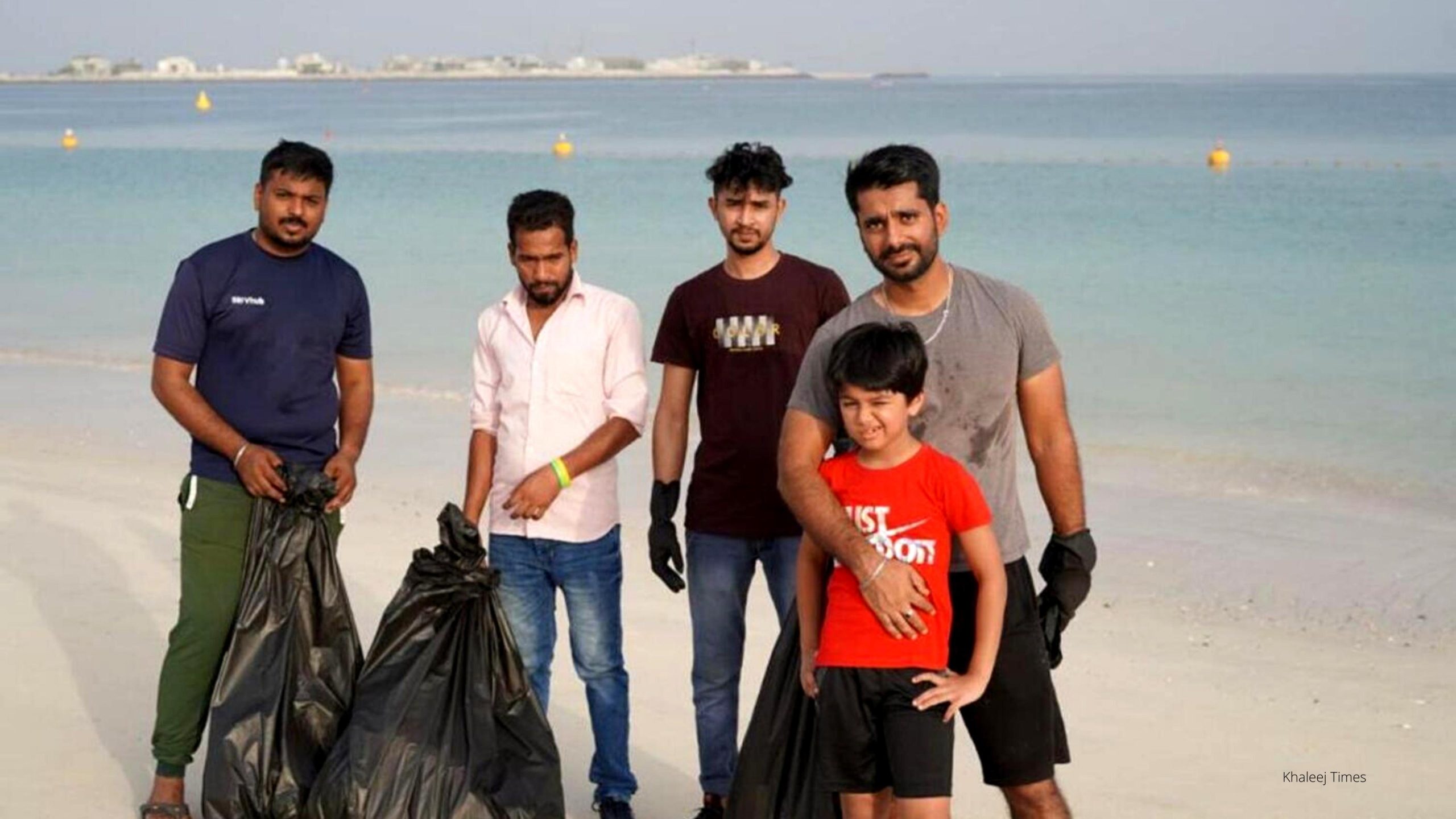 Have you ever done something good for the environment on your birthday?

An eight-year-old child in Dubai celebrated his birthday by picking up rubbish off the city’s beaches. This young man’s effort is claimed to have begun during a school trip to Expo 2020.

“It was my birthday on Tuesday, and the party is set today,” the kid stated in an interview with Khaleej Times.

Ayaan, a North London Collegiate School student, is currently in first grade. His parents are extremely supportive of his endeavor.

According to Ayaan’s parents, they arrived in La Mer around 6 a.m. and were surprised to see so many plastic items on the beach.

At seven o’clock in the morning, the young activist gathered roughly six kg of plastic. The garbage was then disposed of in designated municipal containers.

Ayaan intends to clean the beach once a week during his summer vacation.