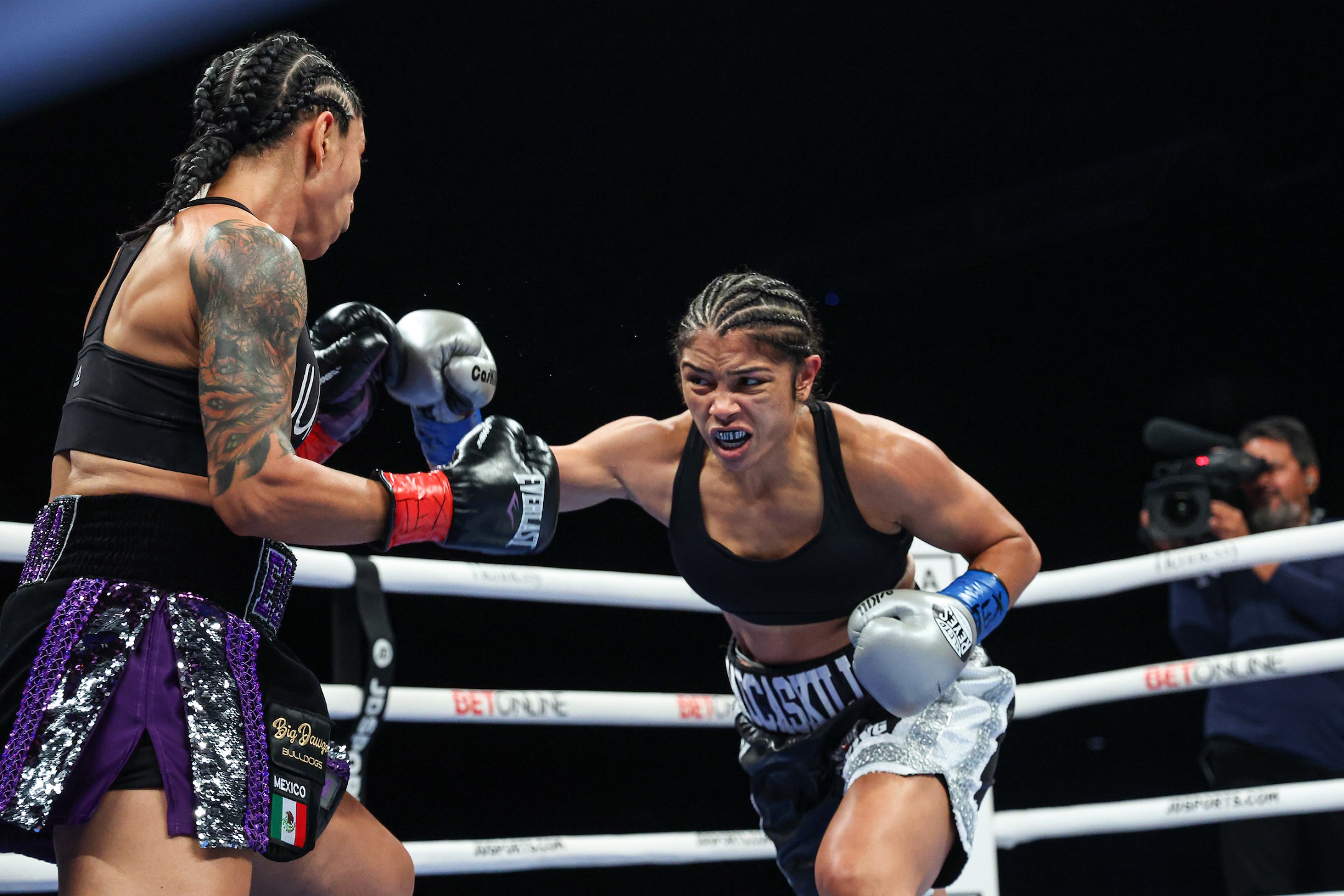 Abu Dhabi, September 29: The first female world title-fight to be held in the Middle East will take place in Abu Dhabi on November 5, with American Jessica McCaskill taking on Great Britain’s Chantelle Cameron at Etihad Arena on Yas Island for the Undisputed Super-Lightweight World title.

McCaskill, the reigning Undisputed Welterweight champion, will square-off against WBC/IBF Light-Welterweight titlist Cameron after McCaskill dropped down in weight to enhance her pound-for-pound credentials. Organised by Matchroom Boxing and the Department of Culture and Tourism – Abu Dhabi, the mega-bout is part of the Champions Series inaugural fight card, which is headlined by Russian star Dmitry Bivol’s WBA light-heavyweight title defence against Gilberto ‘Zurdo’ Ramirez.

Undefeated Cameron (15-0, 8 KOs), often known as “Il Capo,” has held the WBC Women’s Light-Welterweight Championship since 2020 and previously won World Championships in two weight classes. She successfully defended her title in May by defeating Victoria Noelia Bustos, a previous world champion, in London. The Brit also holds the IBF and Ring Female Light-Welterweight titles since 2021 and was the IBO Female Lightweight title from 2017 to 2019.

In the other corner, McCaskill (12-2, 5 KOs) has held the Undisputed, IBO, and Ring Female Welterweight titles since 2020, the WBC Female Super-Lightweight title from 2018 to 2020, and the WBA Female Super-Lightweight title from 2019 to 2020. Nicknamed CasKILLA, she recently defeated Mexico’s Alma Ibarra to complete her third successful defence of the Welterweight title. The Missouri veteran has made the decision to once more shift down a division to 140lbs to secure the fight with Cameron that she has long been gunning for.

“This is a historic encounter not just for the careers of the two fighters, but also for the sport of boxing in the Middle East,” said Eddie Hearn, chairman of Matchroom Sport. “To have two of the game’s best female fighters facing off in Abu Dhabi for the undisputed Super-Lightweight World title is the perfect way to show the world that Matchroom and DCT Abu Dhabi mean business with this partnership. We are making history on November 5 and looking forward to doing so in front of a sold-out Etihad Arena.”

Tickets for this unmissable fight night, headlined by Bivol vs Ramirez and also featuring Welshman Joe Cordina’s (15-0-1 9 KOs) title fight with Tajikistan’s Shavkatdzhon Rakhimov (16-0-1, 13 KOs) for the IBF Super-Featherweight Championship, start at Dh295, so grab your tickets now! Limited VIP packages, including ringside seats, are also available. All tickets are exclusively on sale at www.etihadarena.ae.