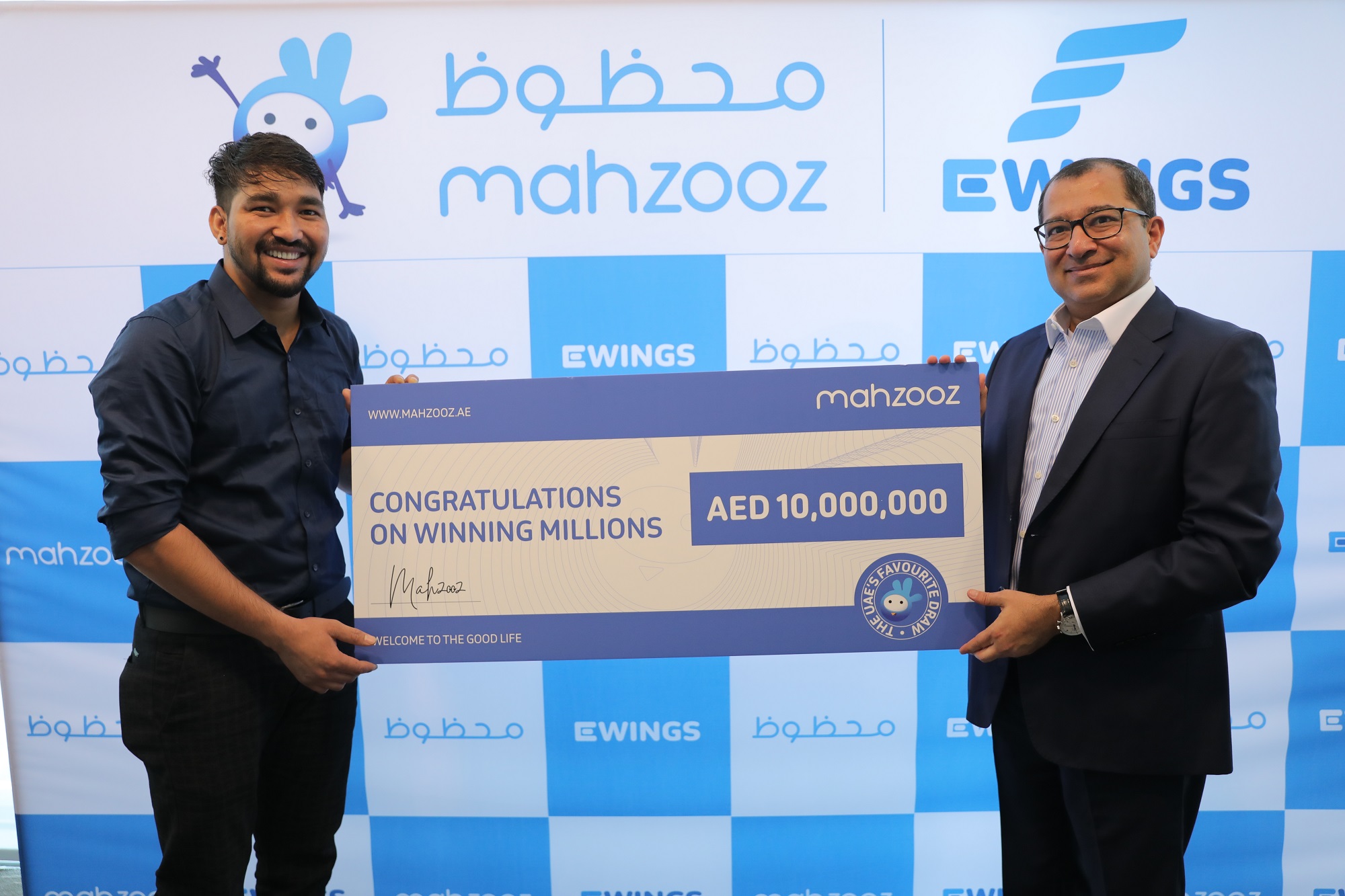 DUBAI, United Arab Emirates – A 31-year-old father of two from Nepal, who makes a mere AED1,300 a month in Dubai cleaning cars, has won AED10 million in the latest Mahzooz grand draw.

Despite his life-changing win, Bharat, who was presented to media at a press conference on Wednesday, 21st of September by Farid Samji, CEO of Ewings, said he will continue washing cars for a living and has, in fact, not even entertained the thought of buying himself one –  not now, at least.

Ewings operates Mahzooz. The media event was held at the Ewings’ office in Business Bay.

“I want to look after my family, their expenses as well as that of my brother’s. I am not focused on buying a car. I am focused on my brother, then I will think about buying a car,” Bharat said through an Ewings interpreter. His 25-year-old brother has a serious medical condition and is undergoing treatment in India, according to Samji.

He added: “I am looking forward to paying off my mortgages and other bills as soon as possible. It’s important for me to set up the future of my children. This would be an incredible thing to be able to accomplish. This prize will enable me to achieve so much. It will change the lives of so many people.”

Samji said Bharat, whose children are five and three years old, “is one of our lowest earning winners.” The carwash man doesn’t have a bank account.  One has to be opened for him to facilitate the transfer of his win – the equivalent of 345,000,000 Nepalese Rupees.

Bharat, who used to work in Saudi Arabia, arrived in Dubai three years ago.  He said he started participating in Mahzooz draws two years back, pooling his money with friends, till he finally went on his own.

He said 27 was for his birthday and 16, for his wedding day. He said he kept these numbers, representing important dates, throughout the entire time he was participating in the draws.

Bharat said he was so overwhelmed with joy upon seeing his numbers going one after the other, as he was watching the draw – an afterwork routine he has been doing since.

“The excitement was overwhelming. As I watched the live draw on Saturday night, I checked my numbers on the screen. It was impossible for me to sleep after that!” Bharat said.

Bharat, who hails from a place 10 hours’ bus ride from Kathmandu, has not been home for the past three years. He had planned to pay a visit on 27th of September.

Bharat was the seventh to win AED10 million in the Mahzooz draws this year.