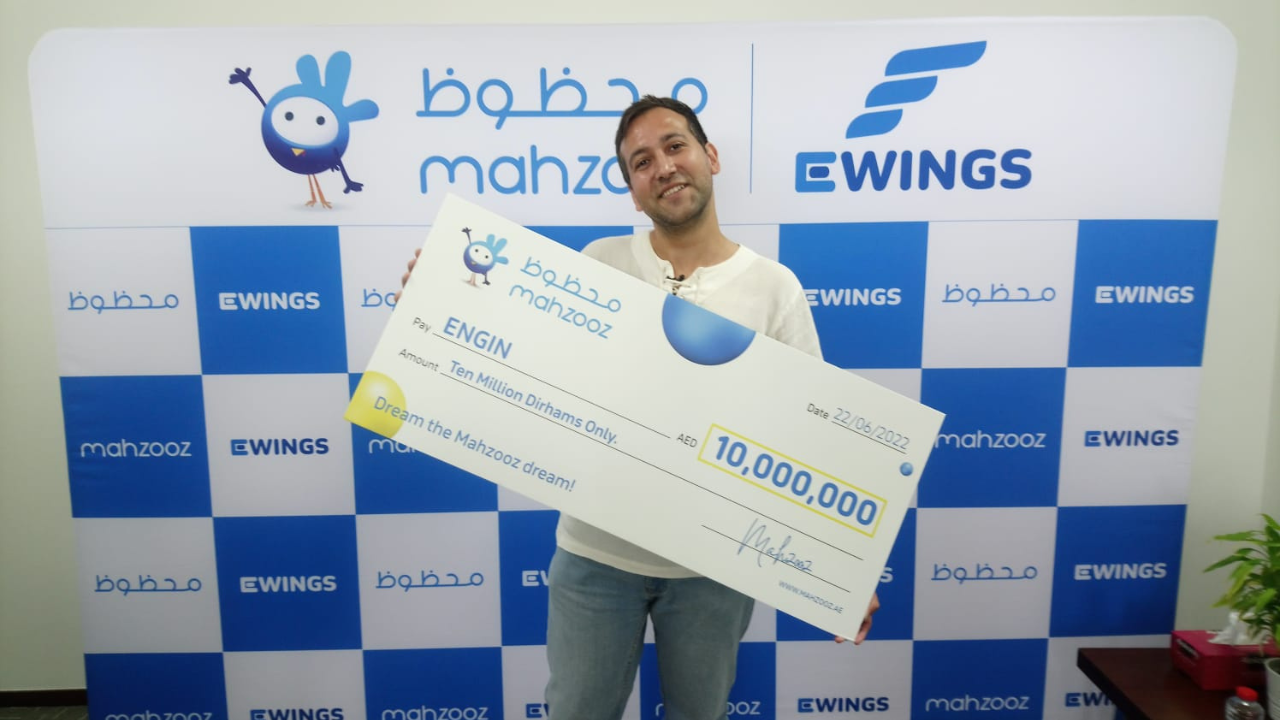 A 33-year-old civil engineer from Turkey was the latest to win big in Mahzooz’ grand draw, bagging Dh10 million, which he said will partly be used to “buy an apartment with a view” and help fund a scholarship to pay forward as he himself finished college on a grant.

“There is a moral obligation to this (prize) and I will like to give back to the community,” Engin, who works at a Dubai construction firm, said during a press conference held at the Mahzooz office  on Wednesday, 22 June in Business Bay held to make an announcement on the raffle draw’s latest winner.

“When I was a student, I was on scholarship. And I would like to continue the legacy, to give to a scholarship,” he added.

Engin, who grew up in Ankara, said he will also use part of the money to “improve myself professionally by having more education.” He said he will not stop working.

Engin said he had always dreamed of having an apartment. “I have been telling myself that should I win a prize, I’ll buy an apartment,” he said.

He said he plans to have one at  Palm View Jumeirah.

He said he could not believe he has won when informed, not even able to muster the strength to tell his wife as he was shaking, resorting to writing it down on paper for her instead. “At first we thought it was a scam,” he said, smiling.

Farid Samji, Mahzooz CEO who presented Engin to media and gave him a mock check for AED 10 million, said the prize will be credited to Engin’s bank account in full.

Samji said Engin was the fifth to win AED 10 million in the last 12 months, with another winner having taken home AED 50 million during the period.