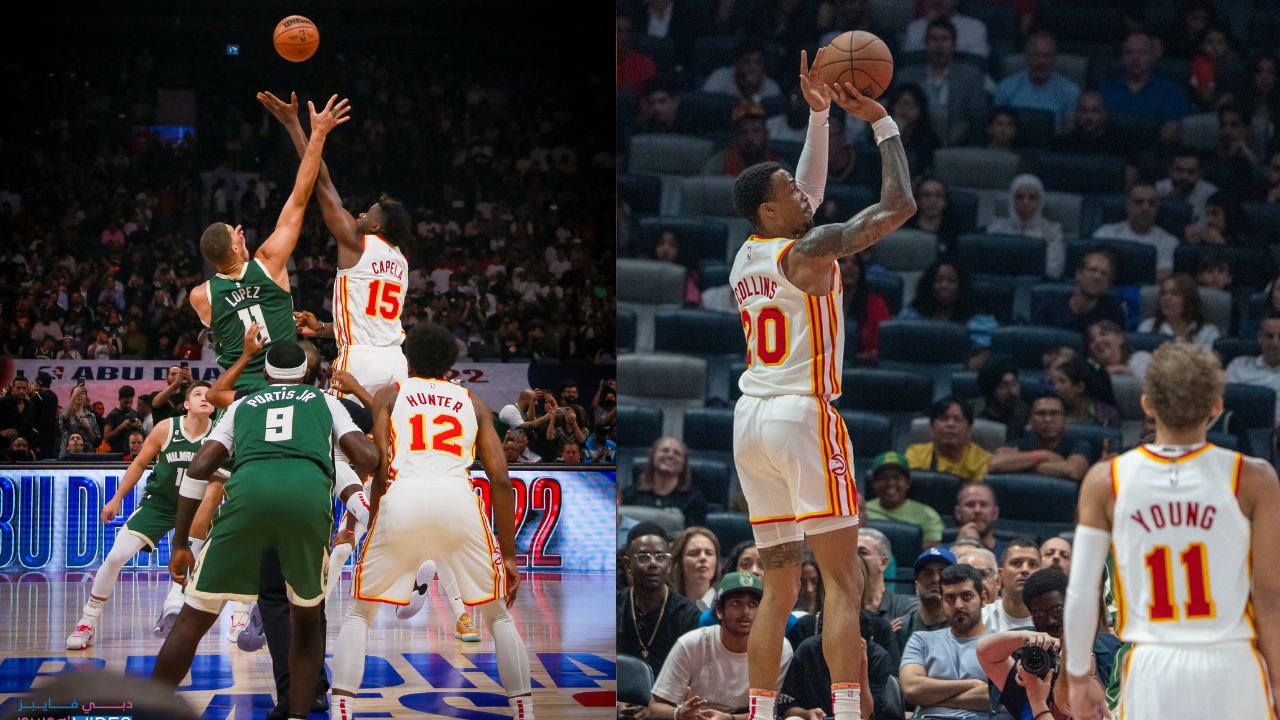 Sold-out crowd show their passion for the sport, as stars shine on court with Atlanta Hawks winning game two to seal a 2-0 victory

Abu Dhabi, UAE – October 9, 2022: The historic NBA Games 2022 will live long in the memory of basketball fans as the Milwaukee Bucks and Atlanta Hawks turned on the style once again at Etihad Arena on Saturday night.

Following a high-scoring opening game on Thursday night which saw the Hawks run out 123-113 winners, the two teams played out another thrilling encounter, with the Hawks made it two wins from two in the Etihad Arena, sealing a 118-109 victory, to the delight of yet another sold-out Etihad Arena crowd.

With team mascots Harry the Hawk and Bango doing their best to whip up the crowd with interesting dance moves and antics, cries of “Let’s go Hawks”, “Let’s Go Bucks” reverberated around the arena as star players traded dunks, three pointers, blocks, and free throws.

Star man Trae Young made his mark on Abu Dhabi, finishing with 31 points on Saturday to secure a morale-boosting win for team as both sides now head back to the US to continue preparations for the new season.

The NBA fun doesn’t stop there in Abu Dhabi however, with the NBA District, an immersive, interactive event with numerous basketball-themed activities open for one day on Sunday at Manarat Al Saadiyat. Doors open at 12pm. Entry is AED 55 per person and tickets can be purchased at www.ticketmaster.ae.