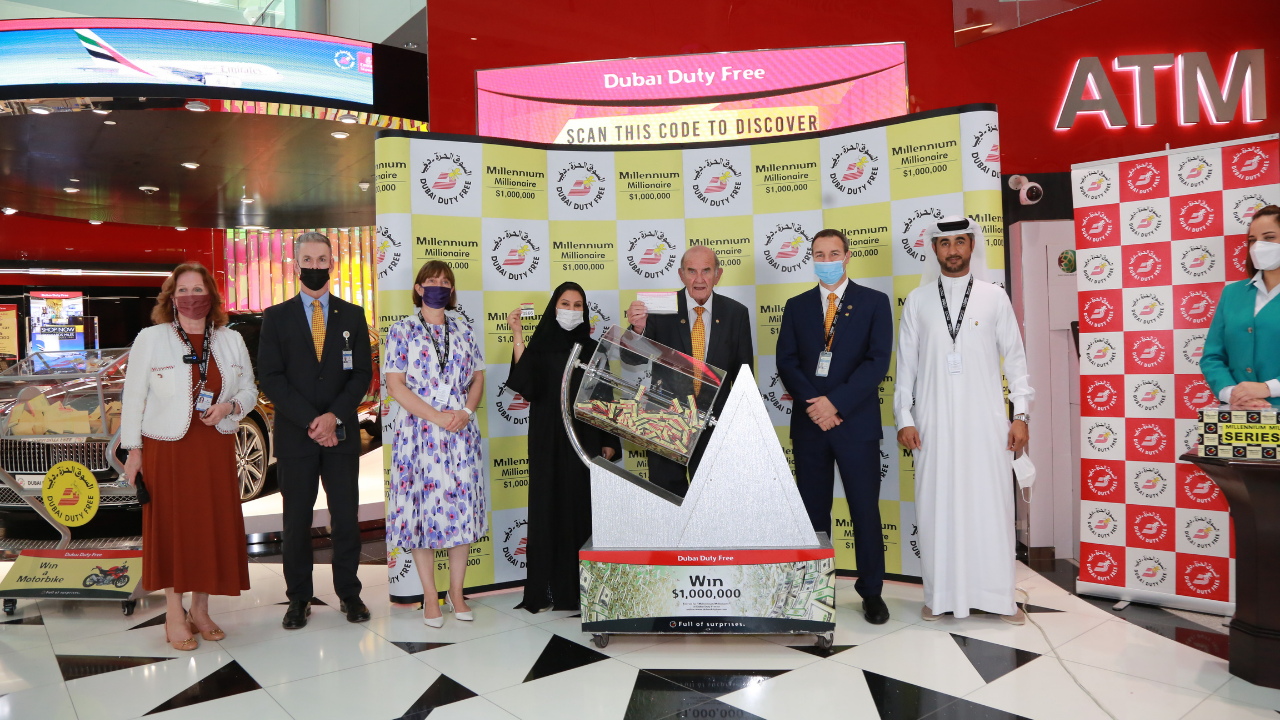 A third win for 12-year-old boy living in Dubai

It was a truly special moment for Mrs. Videna, who is currently enjoying a holiday in the Philippines, to learn that she won the Millennium Millionaire promotion only 2 days after celebrating her 41st birthday on 28th March. Mrs. Videna, who works in Dubai Airport, purchased her lucky ticket with 11 of her colleagues.

“It couldn’t have been a better holiday for me to hear the news of my win! We all are very excited and my colleagues and I can’t wait to meet up with the Dubai Duty Free team!” she said.

Mrs. Videna is the 13th Filipino national to have won US$1 million since the start of the Millennium Millionaire promotion in 1999.

Another winner who will be equally delighted with the prize is Ms. Lolita D’Souza, an Indian national living in India. Mrs. D’Souza has won the latest model of BMW S1000 R motorbike in Series 491 with ticket no. 0679.

Lastly, Joachim Baron Rasmos, a 12-year-old Filipino national based in Dubai made it third time lucky with Dubai Duty Free as his ticket no. 0325 won him a BMW F850 GS motorbike in the Finest Surprise, Series 492.

This this the third motorbike Joachim won with Dubai Duty Free. He has previously won an Aprilia Tuono Factory (Superpole) in October 2020 in Series 427 and a BMW F900 XR motorbike in November 2021 in Series 476.

Speaking to his father Ronald Ramos said, “Thank you Dubai Duty Free for making this happen the third time. My family and I are thrilled and hopefully the next call to receive from Dubai Duty Free will be about the US$1 million!”

Mr. Ramos is a regular participant in Dubai Duty Free’s promotion for 5 years now and has been buying ticket under his children’s name.