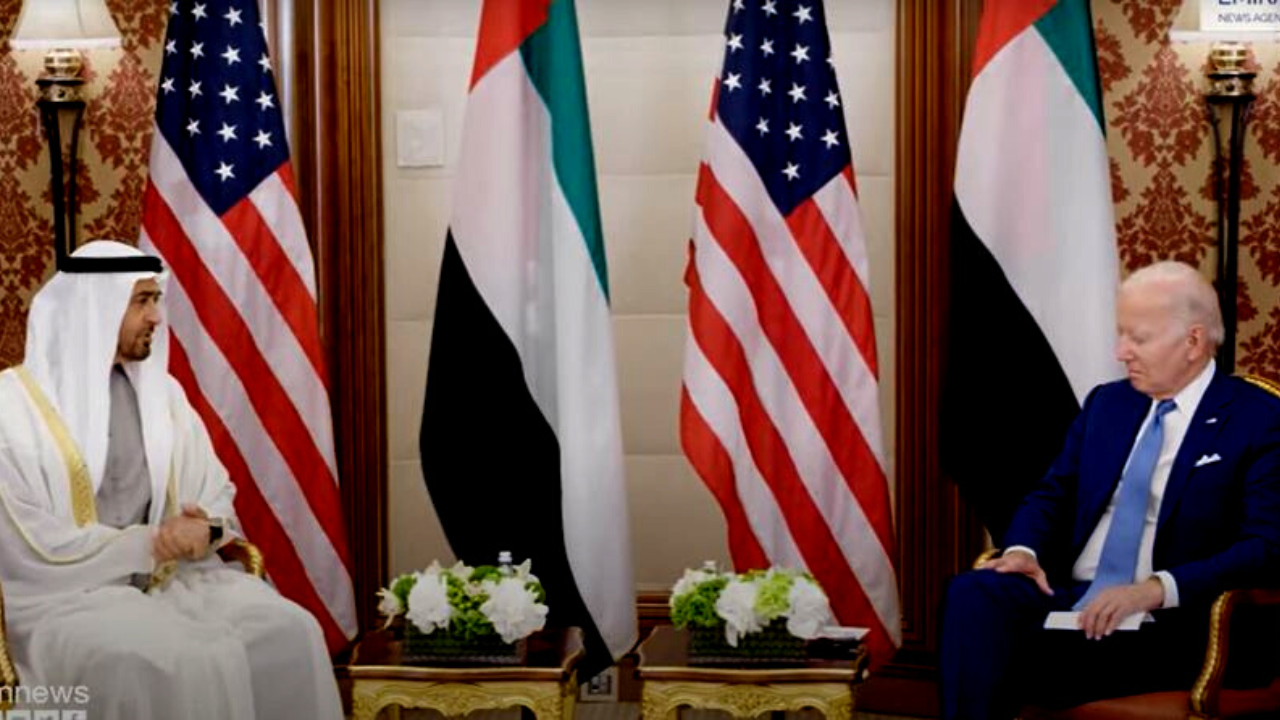 During the meeting, President Biden gave his sincere condolences to Sheikh Mohamed for the loss of Sheikh Khalifa bin Zayed  and congratulations for his presidency. President Biden also expressed his deep appreciation for breaking down barriers and forging diplomatic relations with Israel, as well as deeping cooperation with other countries in the region.

They discussed foreign relations on helping other countries in terms of economics, commerce, and trade relations. According to President Biden, UAE is one of the most fastest growing U.S economic partnership globally, the largest trading partner in the Middle East, and a siginifant investor in the U.S economy.

He welcomed the UAE’s economic initiatives throughout the Middle East and beyond, including its recent Free Trade Agreements signed with Israel, India, and Indonesia as well as new investments in Jordan and Egypt. The leaders tasked their teams with finding areas in which to deepen and expand commercial partnerships, as well as the negotiation of a broader strategic framework agreement between the UAE and the United States.

President Biden recognised the UAE’s efforts to strengthen its policies and enforcement mechanisms in the fight against financial crimes and illicit money flows. Both leaders highlighted the extensive and enduring educational, cultural, and health partnerships between the two countries.

President Biden welcomed the UAE’s long-time commitment to global energy security as a reliable and responsible supplier and recognised its leading role in advancing climate action, the energy transition, and in developing clean energy technologies.

On the other hand, President Sheikh Mohamed bin Zayed extended President Biden an invitation to attend the COP28 to be convened in the UAE in 2023. Both leaders noted the important launch of the water and solar energy arrangement between Israel and Jordan with Emirati and American backing and investment as a model for future partnerships in the region.