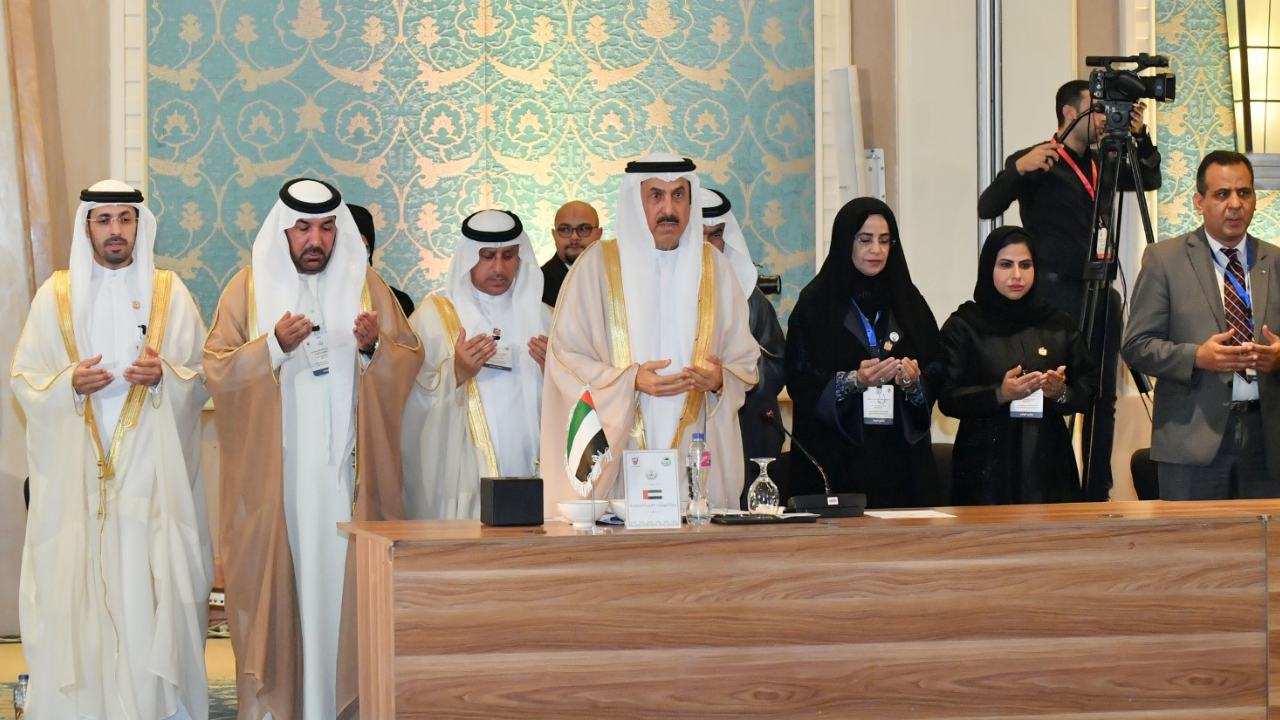 Saqr Ghobash, Speaker of the Federal National Council, along with the heads and members of Arab parliaments participating in the 33rd emergency conference of the Arab Inter-Parliamentary Union in Cairo, today observed a minute of silence in a gesture of respect for late Sheikh Khalifa bin Zayed Al Nahyan.

Fawzia bint Abdullah Zainal, President of the Arab Inter-Parliamentary Union (AIPU), and Speaker of the Bahraini Council of Representatives, said, “I extend my sincerest condolences and great sympathy to Their Highnesses, Members of the Supreme Council, Rulers of the United Arab Emirates, and to His Excellency Saqr Ghobash, Speaker of the UAE Federal National Council, and to all the people of the UAE, on the death of the late Sheikh Khalifa bin Zayed Al Nahyan. We pray to Allah Almighty to bless his soul and dwell him in His vast gardens, and to perpetuate the development drive of the Emirates under the leadership of President His Highness Sheikh Mohamed bin Zayed Al Nahyan.”