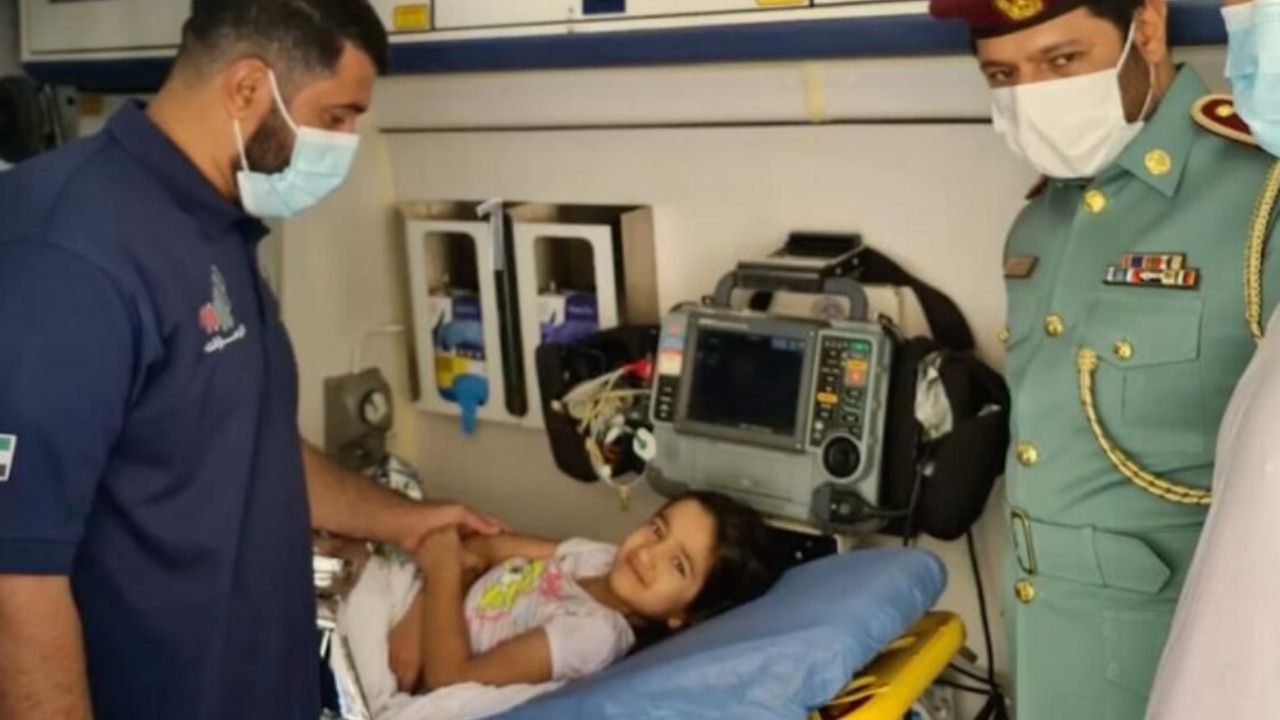 According to the report of the National, the Ministry of Interior of United Arab Emirates (MOIUAE) uploaded a video in Twitter showing a rescuer trying to save the little girl from the narrow well.

The little girl was brought to a nearby medical facility immediately. The emergency medical worker take care of the girl after was rescued from the well.

“I thank the Civil Defence Centre in Dibba Al Fujairah and the work team for the quick response,” Sheikh Saif bin Zayed, Deputy Prime Minister and Minister of the Interior said.

The girl and her parents were also visited by Sheikh Saif at the hospital.