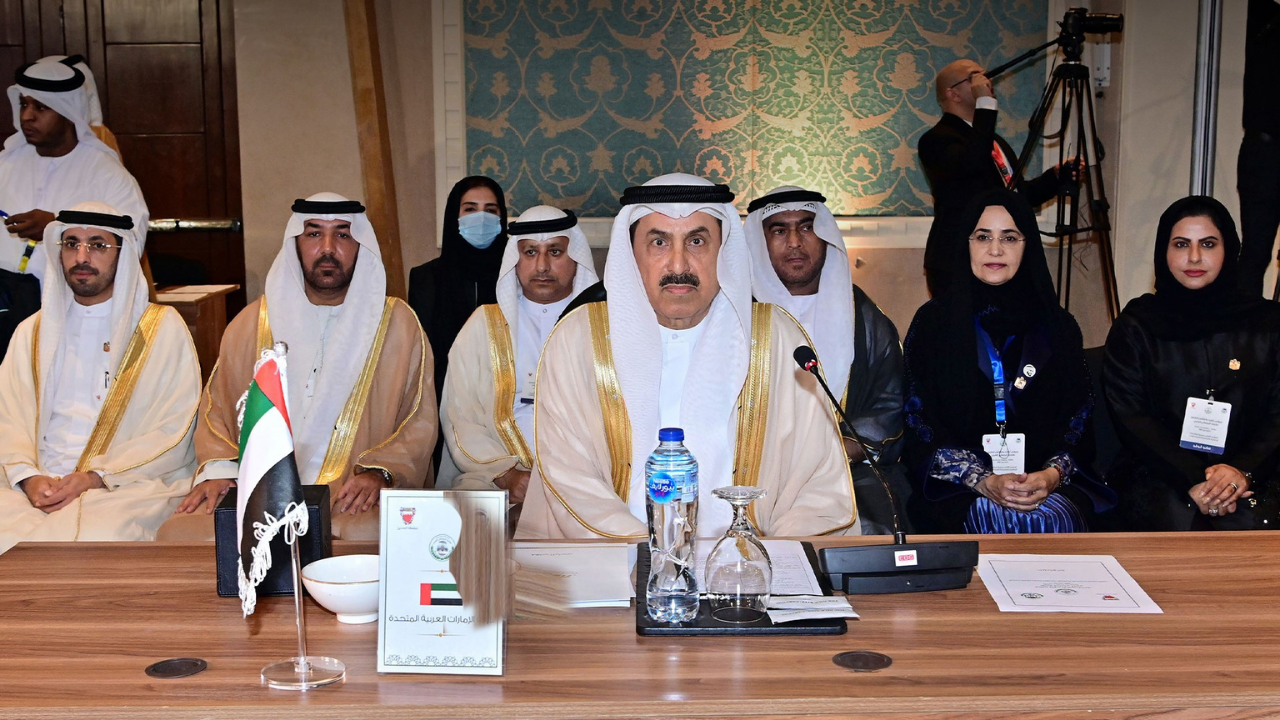 Saqr Ghobash, Speaker of the Federal National Council, has affirmed that the Palestinian cause has always been at the heart of the foreign policy priorities of the United Arab Emirates since its establishment, and that the UAE, politically and diplomatically, stood shoulder to shoulder with sisterly countries against all Israeli measures and decisions that have aimed to obliterate or change the identity of Al-Aqsa Mosque and the legal and historical status quo of Jerusalem, and its Arab and Islamic identity.

He added that the UAE has left no stone unturned to defend the rights of the Palestinian people, especially their right to self-determination and the establishment of their independent state.

Ghobash thanked all the participating delegations for their immediate response to the emergency conference. “I have the honor to convey to our brotherly Palestinian people the sincere feelings of the leadership and people of the United Arab Emirates, and their full solidarity with them, to restore all their legitimate rights and establish their independent Palestinian state on the borders of June 4, 1967, with East Jerusalem as its capital.”

He added, “I’m positive and full of hope and confidence that we will come up with a strong and unified position that will boost the aspirations of the Arab peoples regarding the first and foremost issue of the Arab world -which is the Palestinian cause- especially toward the recent attacks that violated the sanctity of the blessed Al-Aqsa Mosque, which the UAE immediately condemned once they occurred, and demanded immediate cessation thereof, and respect for the inalienable rights of the Palestinians to perform their prayers and practice their religious rituals.