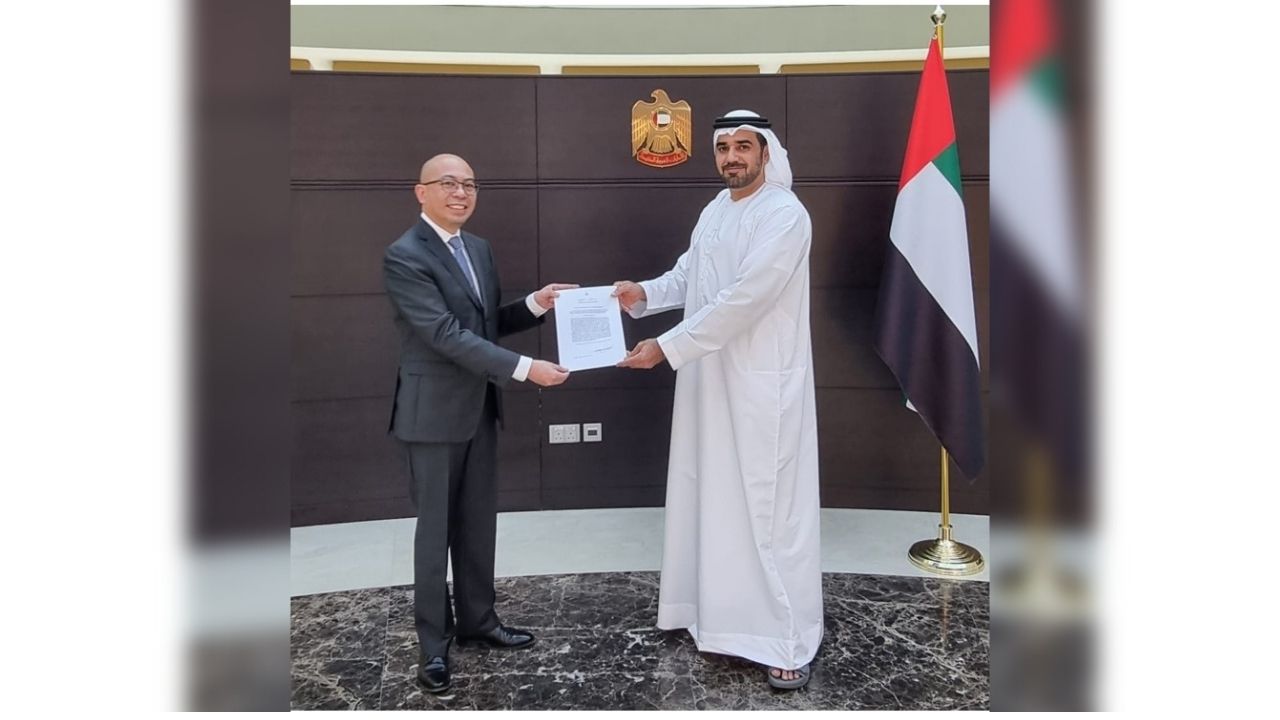 MoFAIC Dubai Deputy Director Al Qaseer welcomed Mr. Dueñas’ appointment as the Philippine’s top diplomat in Dubai, and noted that the latter’s experience as deputy consul general in the emirate for four years prior to assuming this new post provides a unique advantage for both the Philippines and the UAE. Both officials also highlighted the very large number of Filipinos in the UAE, particularly Dubai, and took note of the many challenges everyone is presently facing due to the pandemic.

During the meeting, Consul General Dueñas took the opportunity to renew the Philippine Government’s commitment to pursuing greater cooperation with the UAE, particularly with the Emirate of Dubai, in all areas of mutual interest. He also expressed on behalf of the Philippine Government its gratitude to the host government for supporting the Filipino community in Dubai throughout the past two decades during which the population of Filipino workers in the emirate rose dramatically.

Speaking on his new role, Mr. Dueñas said, “I am extremely honored to be assuming post as consul general in the one of the most dynamic cities in the world and the second home of nearly half a million Filipinos. While the task is a daunting one, I am confident that, with the support of the host government and the Filipino community here, we can and will overcome the challenges that lie ahead. Rest assured, the Philippine consulate in Dubai will do its utmost in helping Filipinos continue to thrive in this part of the world.”

Consul General Dueñas is a seasoned career diplomat and has been in the Philippine foreign service corps for 23 years. He has served in the Philippine embassies in Egypt, Iran, and Libya. As the Philippine consul general in Dubai, he is responsible for promoting Philippine interests in Dubai and the Northern Emirates, including looking after the welfare of over 400,000 Filipinos living in the said parts of the UAE.