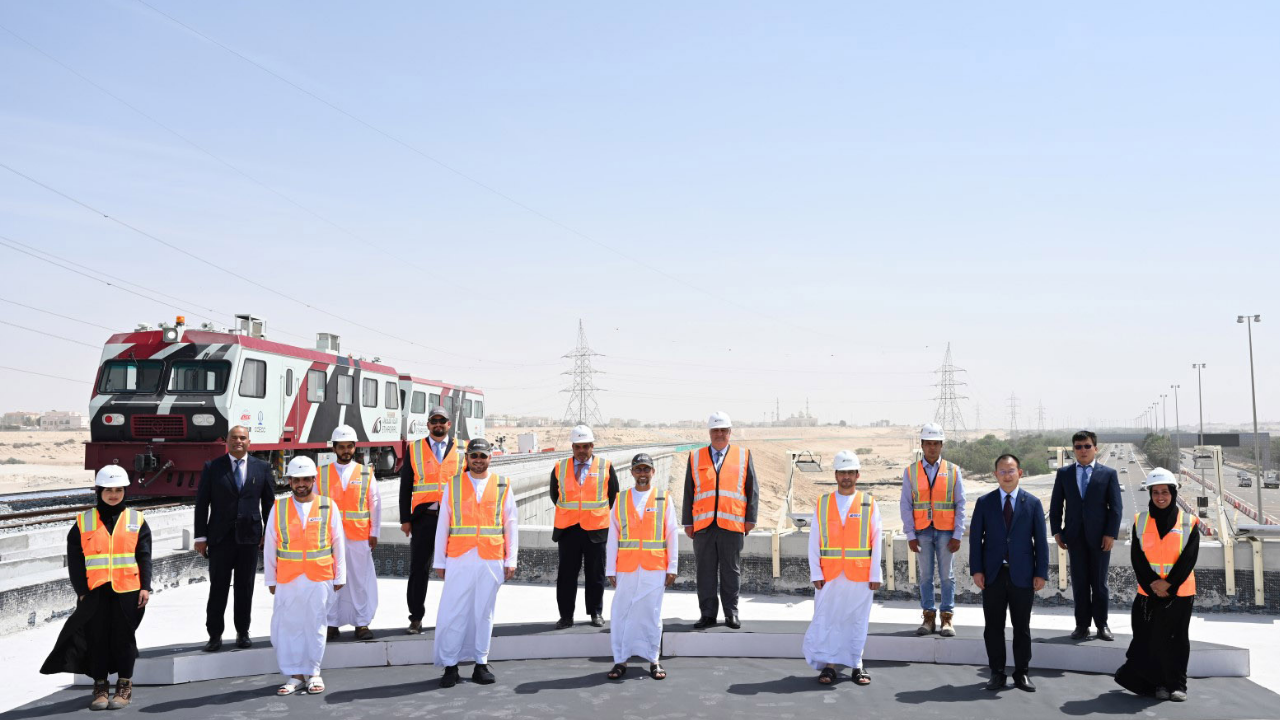 He boarded the inspection train, designated for the site inspection and supervision, to review the various constructions sites in the Emirate of Abu Dhabi.

Al Mazrouei, accompanied by Hassan Mohamed Juma Al Mansouri, Under-Secretary for Infrastructure and Transport Affairs at the Ministry, was received by Shadi Malak, Chief Executive Officer of Etihad Rail, and representatives from the company.

During their visit, Al Mazrouei and Al Mansouri inspected the main O&M facility, which is the nerve centre of the network controlling the entire operations. Al Mazrouei was briefed on the train operating systems and toured the centre and its facilities, which are seeing exceptional progress in construction. The centre, facilities and systems are being developed under the highest international standards and criteria and per the company’s set timeline.

The minister viewed the operational model and examined the freight train facilities, the Stage 1 achievement, and the progress of Stage 2. This included the recent 256-km railway link between Abu Dhabi and Dubai, bringing the company one step closer to connecting the rest of the Emirates and aligning with the UAE Railways Programme. Launched recently by the UAE government as part of the Projects of the 50 with an estimated investment value of AED50 billion, the programme is the most extensive land transport system in the UAE. It will shape the future of the railway sector for the coming decades.

Etihad Rail is working at an accelerated pace to complete Stage 2 of the rail network after the launch of Stage 1 of operations in 2016, completing 70 percent of the project despite the conditions imposed by the pandemic. The project is supported by 180 government and services establishments, developers, and contributing companies and has issued more than 40,000 approvals and no-objection certificates.