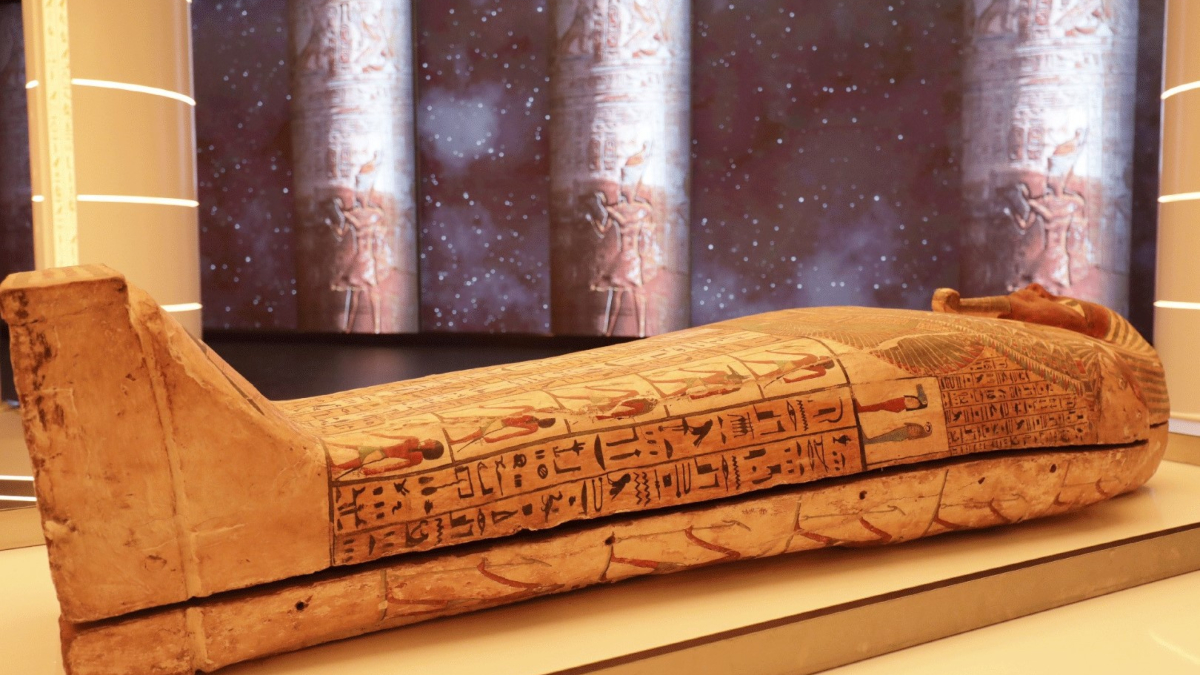 The coffin will be displayed in the Expo for six months.

The Egyptian Ministry of Trade and Industry said that it’s a wood colored coffin that was discovered in the Saqqara Antiquities Area, adding that it is an anthropoid (human-shaped) coffin decorated with a large floral collar ending with two falcon heads.

Beneath this, the sky goddess Nut spreads her wings and holds a feather in each hand, the symbol of Maat (right and justice). The central section is inscribed with offerings and speeches of deities flanked by two rows of gods. At the bottom, two figures of the god Anubis is placed on his shrine in front of the deceased.

A collection of modern replicas of King Tutankhamun has also arrived to be displayed at Egypt Pavilion.

The collection of King Tutankhamun replicas includes his golden mask, his own sarcophagus, the ‘Ka’ guardian statue of the king, the special festive chair as well as the golden king’s throne.

DUBAI EXPAT STORIES. ‘I had always felt like I wanted to...

DUBAI EXPAT STORIES. ‘I had always felt like I wanted to...