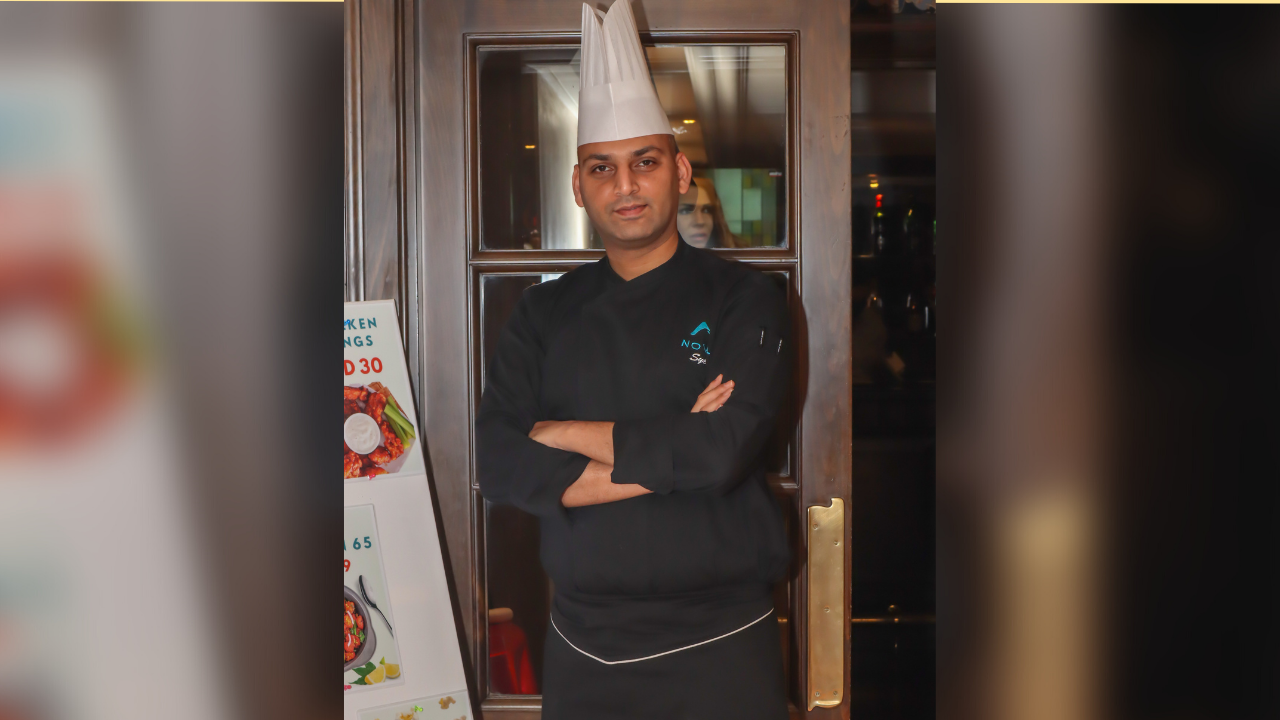 Chef Syed has spent 14 years in the United Arab Emirates. For over two decades, this man of distinction acquired a great deal from his experiences in his chosen profession. He is now the Executive Chef at Novel Hotel in Abu Dhabi, where he oversees nine restaurants.

The businesses he manages are quite different in terms of culture and food. His diverse network of connections pushes him to become more than simply an executive chef and a culturally informed member of the culinary world. One of the restaurants he works with is a 40-year-old French restaurant, which he is proud to keep up the standards. Those who come here to eat are enthused about it.

As an international chef, Syed makes it a point to learn something new regularly. He cooks foreign cuisines ranging from European to Asian cooking, and as a result, he knows new things.

“As an Executive Chef, I like to cook everything. I love cooking all cuisines because the learning in culinary never ends,” he said.

He also stated that while he is learning anything, he makes it a point to share it with his team: “When I am studying, I can also provide practical duties to my team and swiftly guide them on preparing and maintaining the recipes.” And all of this knowledge may be used to prepare a delicious meal.

How did it all start?

Chef Syed’s knack for cooking began as a kid. As he recalled, whenever his mother made meals for their family, he used to stand behind her in the kitchen as she prepared the dishes. And over the course of several years, he honed it and gradually learned how to cook. He feels his mother impacted his skill.

The skill he discovered and understood enabled him to accept it and pursue a lifelong ambition. After many years of hard work and effort, he achieved his dream of becoming a chef.

“After I finished my culinary course, I had the opportunity to work with one hotel in my hometown as a steward. And from then on, my journey continued until I became an executive chef,” he said.

He began his career in the UAE 14 years ago in a hotel in Dubai, where he learned a lot about the hospitality sector. Staying in Dubai for ten years provided him with all conceivable possibilities and expertise about the topic he is most passionate about.

As the executive chef of a hotel, the most challenging component of his job is making his visitors happy and content. The question that usually arises in his thoughts is, “Do my visitors love the cuisine I prepared?”

“It is not easy because you need to create more effort for them to satisfy. Doing your best is essential. I always do my best to maintain and keep the authentic taste of every food from different parts of the world,” he shared.

Leader of the band

Chef Syed is the leader who makes sure everything is in order. He treats his coworkers equally, listens to their views, and is open to fresh ideas. He is a leader who is well aware of his team’s circumstances and efforts.

“To be honest, I’m pleased with my team because they understand me, and I understand them too. It is easy for me to convey my message to them because they listen to whatever I say, and I occasionally seek their opinion, which I don’t mind doing,” he stated.

Chef Syed considers himself successful in his field right now; when asked about his definition of success by Dubai Vibes Magazine, he stated that he had already fulfilled his aim. He had dreamed of being a successful executive chef, and now he had the chance.

He shared his secret: “The key is that I promised myself that I would be an executive chef one day, and here I am!”

Although success being on his way, Chef Syed still wishes to travel to another country to demonstrate his skills and learn new things. His knowledge of the emirates, on the other hand, is sufficient. If given the opportunity, he is always quick to take advantage of it.

Finally, he stated, “Knowing where you want to go is one of the most important things to consider.” And to obtain complete information, one must concentrate. As long as they are motivated, everyone can achieve whatever they want.

Did you enjoy reading the story?

This story has been featured in the 13th issue of Dubai Vibes Magazine. To get a copy, you may contact Ms. Elaine “Bella” Marbella at +971503196856. If you have an inspiring story or know someone with one, please send an email to us at eic@dubavibesmagazine.com