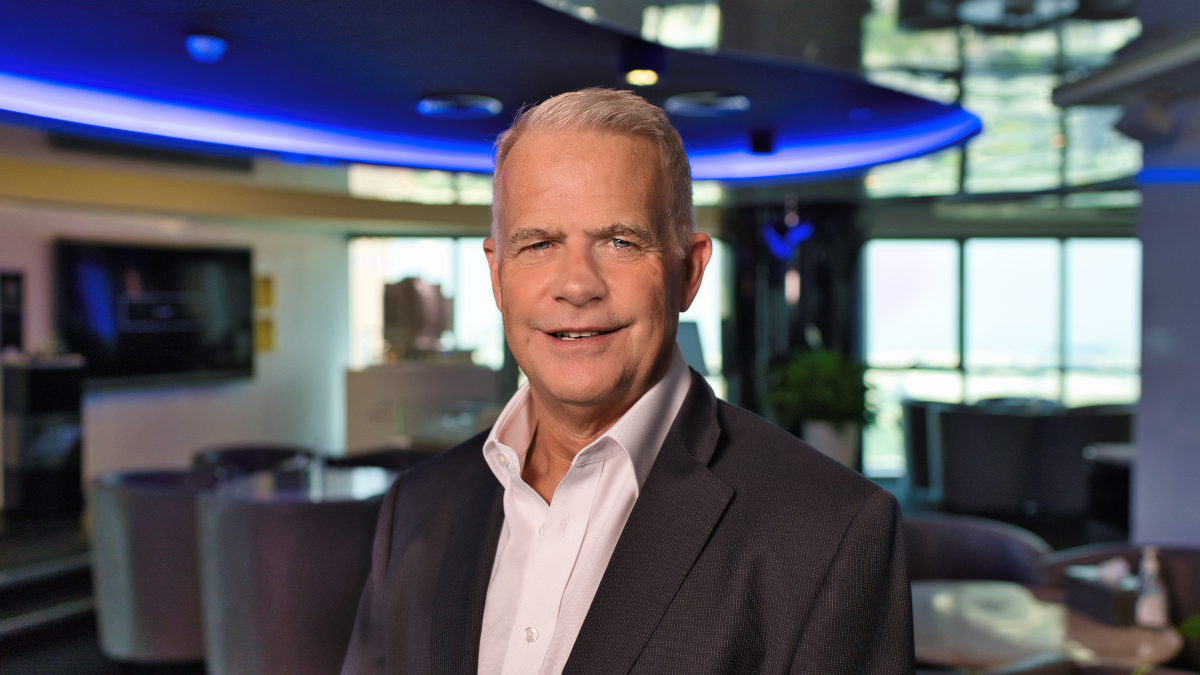 “I started life selling life insurance on the streets and in the housing estates of London,” David Thomson, vice president of The First Group Hotel Management, tells Dubai Vibes Magazine.

“Once you have done that for 12 months, frankly you can do anything and when I saw how my sales increased by adding a few advertising and marketing techniques, I became drawn to that side of the business,” he added.

Advertising, says David, was his first love. It actually took 16 years before he ventured into hospitality. “I was working for a major international ad agency when we pitched for the Hilton account. We didn’t win the account, but I was offered the job as their Director of Sales & Marketing in the Arabian Peninsula based in Dubai, having already been in the middle East previously for two years in Bahrain,” David shares, adding that his initial journey into hospitality only lasted five years because a good friend offered him the opportunity to set up an advertising agency in Dubai.

“He was a talented creative director and between us we felt we could attract some excellent clients. We did very well and of course worked predominately with hospitality clients, including the Hilton but when we were bought out by a larger firm, my mentor and friend Gerhard Hardick, approached me to join him at JA Resorts & Hotels, where I spent the next 17 years,” said David.

In 2018 he was approached by Rob Burns, CEO of The First Group with the opportunity to establish a hospitality management company (HMC), working with people like Mark Patten and Mariano Faz, who are the best in the business.

“Opportunities like this don’t come along very often so I seized it with both hands,” David, who has featured regularly among the Power 50 of Hotelier Middle East’s annual ranking of the region’s most influential hotel professionals, said.

With success comes advocacies to give back and pay forward. For David, it’s fundraising for charities such as Dubai Autism, Al Noor Centre for Special Needs, Rashid Centre for the Disabled and the All As One Orphanage in Sierra Leone.

“You must give back to the community you live in and do what you can for the less fortunate, whether that is due to physical, mental, or social challenges that they face,” David says.

“The Dubai-based charities were an obvious place to start, but when I met someone who had adopted two children from the All As One Orphanage and heard their story, I and my colleagues at JA knew we had to help.

“The First Group under Rob and Rashad’s leadership also has a passion for helping those in need, again both locally and overseas. We are also heavily focused on sustainability and reducing our impact on the world. Tryp, was the first hotel in the UAE to remove plastic bottles and now our sustainability program, LUVE (Love yoUr Vibrant Earth) which covers all aspects of our operation, is the standard for all the hotels operated by us and we are delighted that the Department of Tourism and Commerce Marketing (DTCM) have introduced their sustainability initiative for all hotel operations in Dubai,” said David, a British national who has spent more than half his life in Dubai.

Looking back, David said that if there is anything he has learned in life, it’s that “everyone makes mistakes which is OK, as long as you learn from them.

“You also have to believe in what you are doing and in yourself.”

For the younger generation, his word of advice is: “Care and be curious. Forgive your parents and don’t expect anything to be handed to you on a plate. Be passionate, be curious and be prepared to work hard.”

The First Group Hotel Management is a dynamic, integrated global property developer with a fast-growing portfolio of upscale hotels.

DUBAI EXPAT STORIES. ‘Greatness never comes from coincidence; it is a conscious choice.’ – Mark Patten, the man from the Land Down Under.