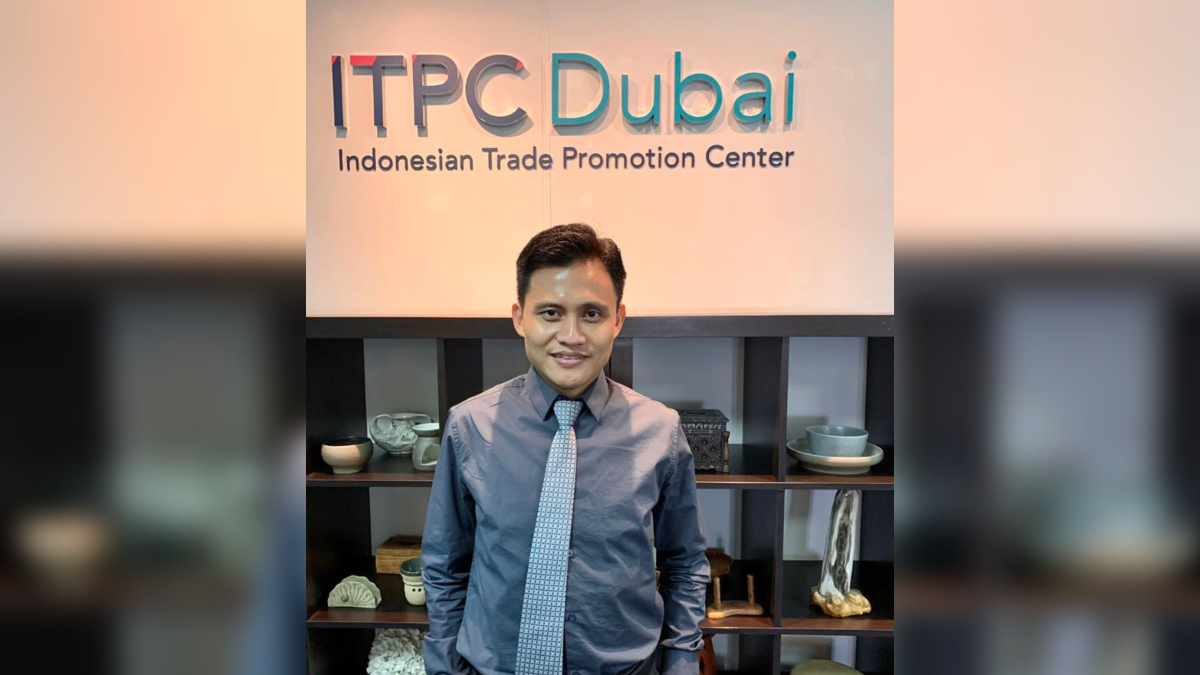 DUBAI, United Arab Emirates – For most people, being a lawyer is just about all they could wish for in life. What with being paid by the hour and a dolce vita lifestyle?

Such is not the case however, for Atty. Muhammad Khomaini, Director of the Indonesian Trade Promotion Center (ITPC) in the UAE.

“I wanted to make a difference. I wanted to do something for my country.  I left private legal practice so that I could make a contribution to my country,” said the 37-year-old official, who holds a Master’s degree in Comparative Law from the International Islamic University – Malaysia.

The father of three children, who has just recently arrived in Dubai to take on his new job, said he had been practicing civil law for a year before he joined ITPC, a non-profit government organization under the supervision of the Directorate General for National Export Development of Indonesia. Both institutions are part of global trade network under Indonesia’s Ministry of Trade (MOT).

What caught his interest?

“This was a new thing for me,” said Khomaini, who first worked at MOT’s legal bureau, where he drafted regulations, and soon after specialized in import-export policies.

He explains: “Back in Indonesia, we have different languages, cultures…even time zones. But one thing I can say is that there is unity among us. We are different but we are one.”

And this pretty much sums Dubai up: Different people working as one in the spirit of tolerance.

“The UAE is a unique country. It is very tolerant. The Emiratis are very polite towards people of other nationalities,” said Khomaini. “In the four months that I have lived here,” he added, “I see that there is democracy.”

Khomaini meantime said he envisions his contribution to his country by way of boosting exports.

“I am happy to be here because I can make that happen here – get more Indonesian exporters into the UAE market,” he said, noting that the Indonesian community in Dubai is “not too big and still growing.”

Indonesia is the world’s fourth largest exporter of coffee beans. Recently, ITPC held a week-long event promoting the coffee products at Dubai Festival City., the first such event in years.

Aside from coffee, top Indonesian exports include palm oil, which accounts for over a tenth of the country’s export industry; rubber; iron and steel; electrical machinery and equipment; and vehicles.

In July 2019, corporate giants in the UAE and Indonesia signed agreements worth $9.7 billion following a historic visit by His Highness Sheikh Mohamed bin Zayed Al Nahyan, Crown Prince of Abu Dhabi and Deputy Supreme Commander of the UAE Armed Forces, to the Southeast Asian country.

All agreements were signed in the presence of Sheikh Mohamed and Indonesian President Joko Widodo.

Adnoc’s deal with a potential value of $2.5 billion was with Indonesia’s energy company PT Pertamina to explore opportunities for collaboration across the oil and gas value chain in the UAE, Indonesia and globally.

Mubadala and Austrian energy firm OMV sealed a deal with a potential value of $6 billion with Indonesia’s Chandra Asri Petrochemical to explore opportunities in petrochemicals, while DP World and Indonesia’s Maspion Group signed an agreement to develop a container terminal in Gresik in East Java in a deal valued at $1.2 billion.

Describing the UAE leader’s visit as a “dream come true”, Husin Bagis, Ambassador of Indonesia to the UAE, said he expected to see an estimated $10 to $15 billion in deals and partnerships formed during the visit that “will not only improve the diplomatic ties between the two countries, but also expand trade and investment relations across multiple sectors including energy, petrochemicals, retail, ports and customs, tourism and finance.”

DUBAI EXPAT STORIES. Vijay Bhatia says the Philippines will be his second home

DUBAI EXPAT STORIES. ‘Destiny might bring you there. But only hard work will take you to the top.’ – Dr Fazeela Abbasi, celebrity...

870 prisoners pardoned by UAE President ahead of UAE’s 50th National...

870 prisoners pardoned by UAE President ahead of UAE’s 50th National...