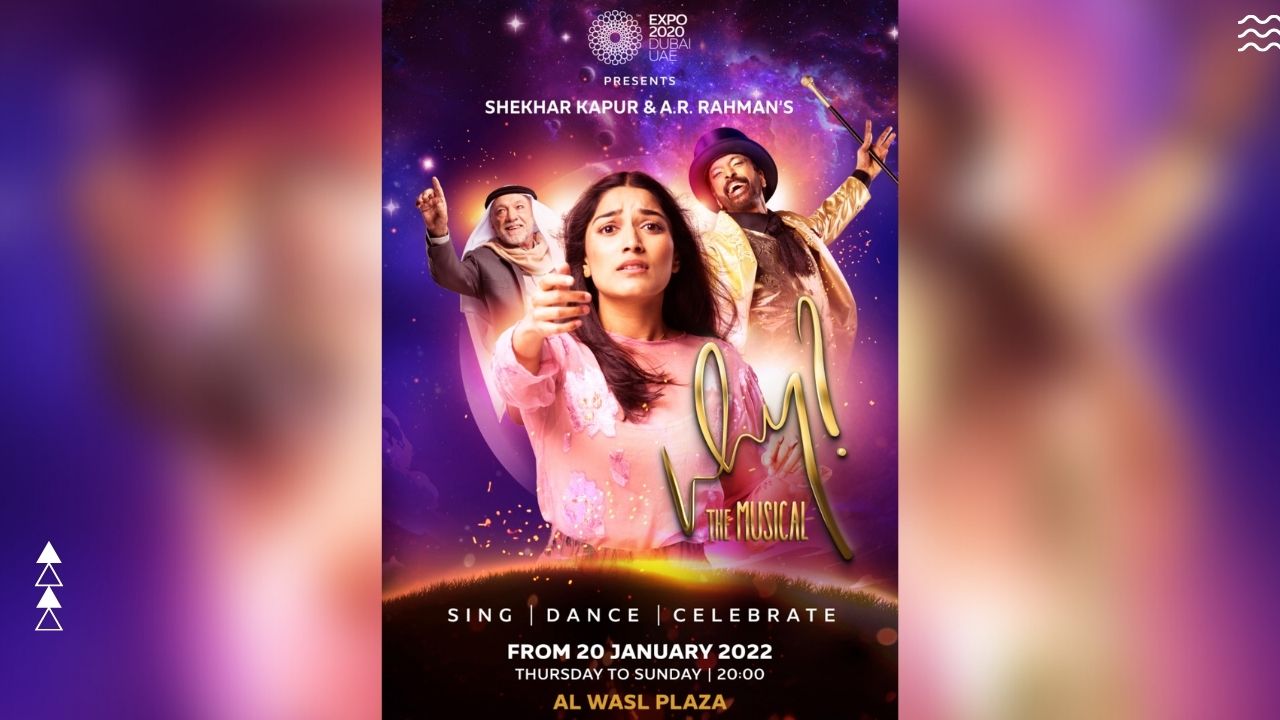 Why? The Musical, which will premiere at Al Wasl Plaza on Thursday, 20 January, follows the story of a curious young girl and a wise old man in a dynamic spectacle that will take audiences on an incredible journey of discovery, while also instilling empathy towards our planet and inspiring action to create a cleaner, safer, healthier world.

“Have you forgotten what it was like when you were a child? When the world was full of wonder? When you reached out to the stars and held them in your heart? When the earth was your playground, and not something to destroy?” said Shekhar Kapur.

“We invite you to join us in a journey of rediscovering your childhood and once again ask ‘Why?’. Expo 2020 Dubai presents an evening of entertainment, of song, of wonder, of tears and of joy. Come dance and sing from the heart of Expo to yours. Come join in an anthem to our planet, to our Mother Earth. Come witness Why? The Musical.”

The show, which aims to stir visitors’ emotions and draw on a childhood thirst for knowledge, will include  eight original compositions by A.R. Rahman, two of which were launched during his fantastic solo concert at Al Wasl Plaza in December. Lyrics have been written by Sohaila Kapur, Dana Dajani and Shivangg, with Artists in Motion leading the production and popular Indian actor, dancer and comedian Jaaved Jaaferi – known for his appearances in Hindi film and TV and his voiceover work for the regional releases of popular Disney movies – playing one of the leading roles.

Why? The Musical features more than 100 performers in a 45-minute production that includes stunning visuals on the world’s largest 360-degree projection surface. It showcases the vibrant and burgeoning arts scene of Dubai and the UAE, and exemplifies Expo 2020’s role in promoting creativity and fostering global cultural cooperation by bringing together the best storytellers, composers and creatives from across the planet.

Shekhar Kapur added: “I feel blessed and honoured to be creating a musical spectacle in collaboration with Expo 2020 Dubai and A.R. Rahman. Designed especially for the largest projection dome in the world, Al Wasl Plaza, Why? The Musical celebrates diversity and inclusivity, as it takes audiences on a spectacular journey.”

A.R. Rahman said: “Wisdom starts with curiosity, and together they provide hope and inspiration for a better future.”

Why? The Musical will be performed in English, Thursday to Sunday (except 4 and 5 February) at 2000 GST, from 20 January to 27 February. For more information, visit www.expo2020.com.