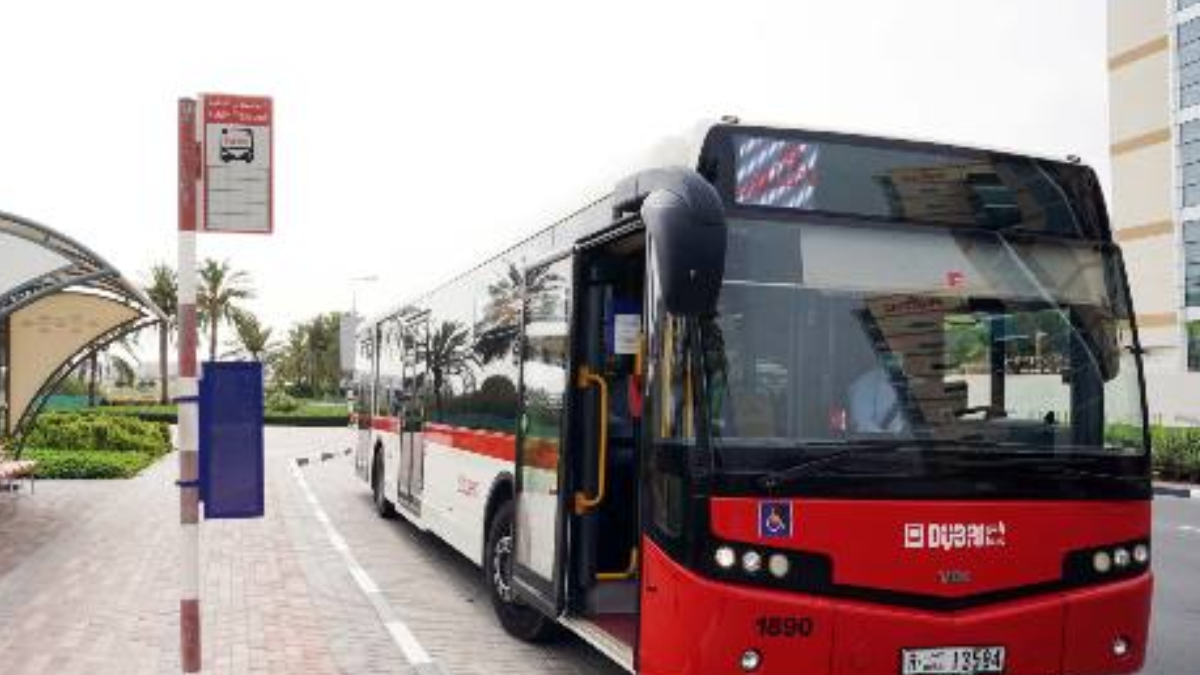 To facilitate the movement of Expo visitors from different emirates, the Roads and Transport Authority (RTA) has allocated 203 buses: (Expo Bus) to serve visitors to Expo 2020 from 18 stations (9 stations in Dubai, and 9 stations in other emirates).

Expo bus service will be free of charge in Dubai from nine stations and stops, in addition to two routes to transport visitors from hotels directly to the site of Expo.

The RTA designated 126 public buses to serve Expo 2020 visitors from 9 stations/stops across Dubai, through operating 455 to 476 trips per day, namely:

There will be 193 trips per day during weekdays, rising to 213 daily trips during the weekend (on Thursdays and Fridays).

The construction of Expo bus stations catered to fulfilling the requirements and standards of integrated transportation and enhancing the interconnection of the city to facilitate the access of residents to and from public transport stations and ensure the safe and smooth access of pedestrians and cyclists to these means.

The design also serves the needs of a qualifying environment for people of determination and boosted the connection between various transport stations, development projects, and attractions areas in the surrounds.

As such, it focused on providing the requirements of the first and last-mile, and integrated transport such as public bus stops, cycling tracks, pedestrian crossings, landscaping, and bike racks to encourage residents to walk and use individual means of transportation.