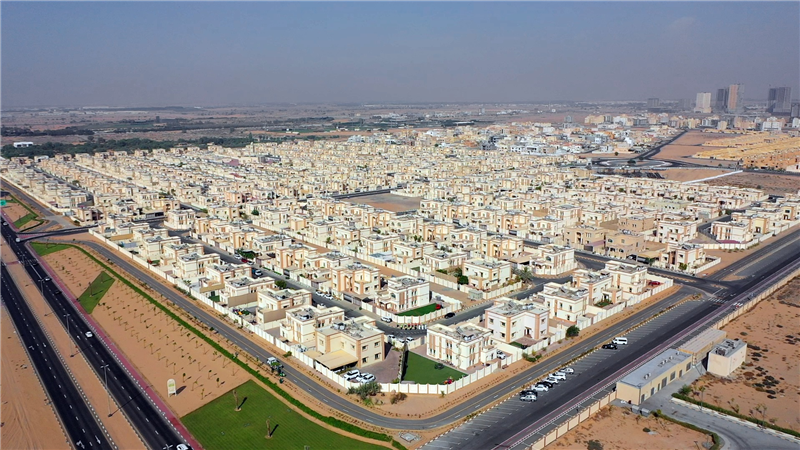 In addition, 61 other decisions were issued to beneficiaries of government housing, with a value of 49 million dirhams, bringing the total that was announced during the three months since the launch of the new housing policy last July, 1516 housing finance loans with a total value of one billion and 208 million dirhams, which are within the goals of reaching 3000 beneficiaries. of loans during the current year at a rate of 500 housing decisions per month.

His Excellency Eng. Mohammed Al-Mansoori, Director of the Sheikh Zayed Housing Program, explained that the total number of government housing decisions issued by the program during the years 2022-2021 amounted to 1,002 housing support decisions distributed between loans and grants, with a value of approximately 802 million dirhams.. Pointing out that the program seeks continuously and vigorously to implement The directives of the wise leadership within the framework of a comprehensive plan aimed at regulating the housing sector in order to achieve well-being and family stability for UAE citizens.

He stressed that the UAE is making great efforts to serve its citizens, which requires hard work and harnessing energies to achieve the ambitions and aspirations of the rational government, which puts the human being at the forefront of its concerns.

Al-Mansoori added that the directives of the wise state leadership, headed by His Highness Sheikh Mohamed bin Zayed Al Nahyan , President of the State, “may God protect him” and his brother, His Highness Sheikh Mohammed bin Rashid Al Maktoum , Vice President and Prime Minister of the State and Ruler of Dubai, “may God protect him”, and their brothers, Their Highnesses Members of the Supreme Council The Federation of Emirates Rulers contributed significantly to organizing the housing sector for the next five years and overcoming the challenges facing the sector.

He pointed out that the state is working in accordance with an integrated national strategy that aims to develop the housing sector in all regions of the country in a way that serves the citizens, maintains stability and prosperity, and supports the state’s goals for the next fifty years and its global leadership in order to achieve centenary 2071, as the housing sector is one of the most important paths of the development model and the main driver of development axes. all sustainable.

He stated that the Ministry of Energy and Infrastructure implements important and vital projects that support the state’s housing plans and aim to develop government housing for a new phase of sustainable development in which efforts and roles are integrated and authorities cooperate to improve the housing reality and support its requirements in accordance with a national vision whose first and last goal is the welfare and happiness of citizens who constitute the priority of the next stage of development. National.

Al Mansouri stressed that the Sheikh Zayed Housing Program supports the state’s housing objectives with ambitious initiatives and qualitative projects represented in developing housing models to reduce the cost of construction and increase the life span of the dwelling and meet the aspirations and future needs of citizens in order to meet the families’ needs for adequate housing, family stability and quality of life, taking into account the social dimension of citizens and always working on Follow the procedures that are in their interest and achieve integration at the national level.