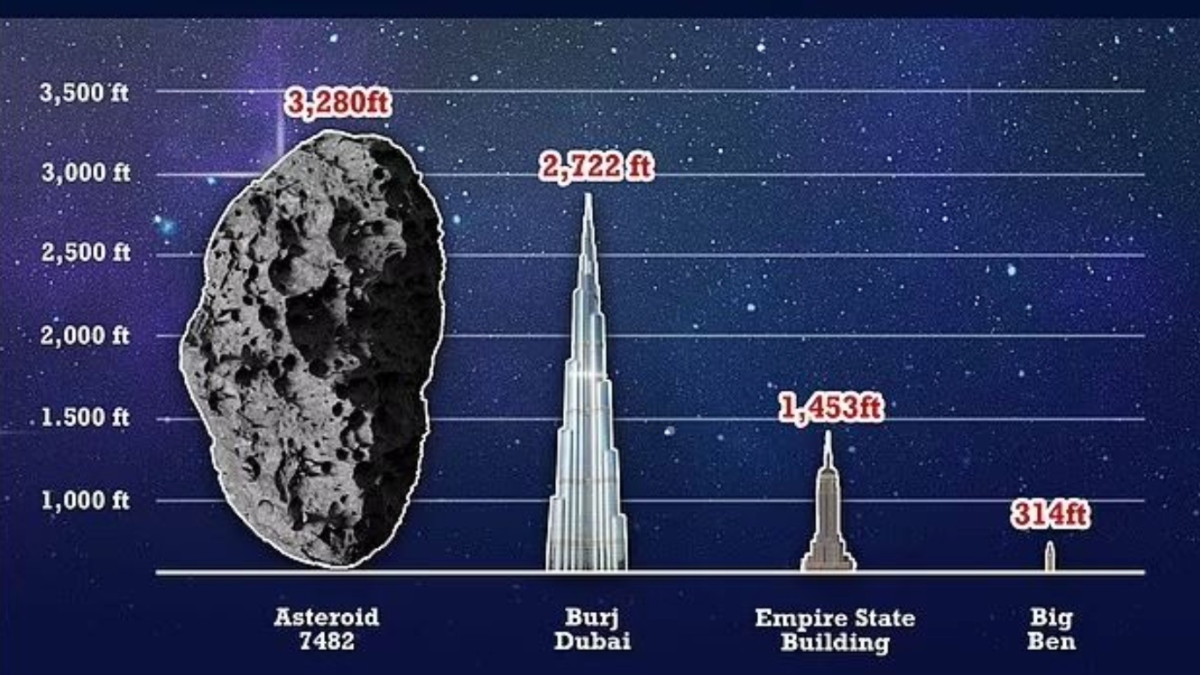 According to The National, an asteroid the size of the world’s tallest building will pass past Earth next week.

As per the European Space Agency, the asteroid is projected to fly over the UAE in the late hours of January 18 from a safe distance of 1.9 million kilometers, at a speed of around 76,192 kilometers per hour. With a telescope, it would be apparent.

The space rock is known as Asteroid (7482) 1994 PC1, and it measures 1.05 kilometers in diameter, making it larger than Dubai’s Burj Khalifa, which rises 0.83 kilometers tall.

The space rock was first discovered by Scottish-Australian astronomer Robert McNaught in 1994.

It is unlikely, but not impossible, that an asteroid will crash into Earth.