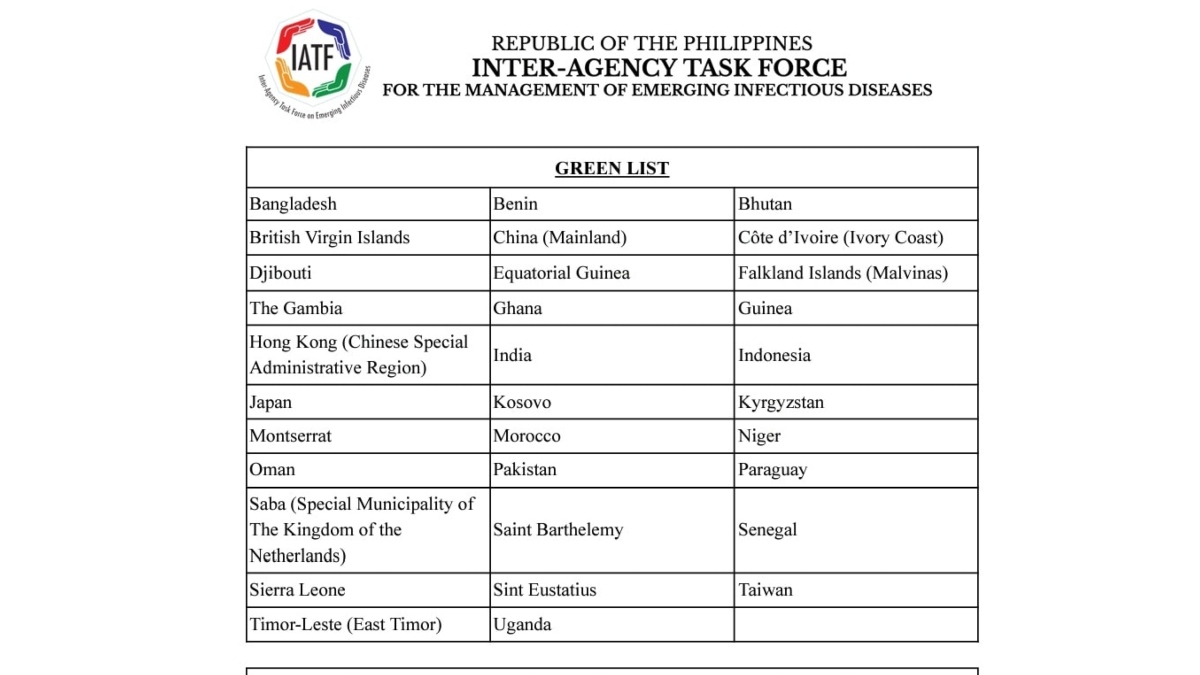 The UAE was removed from the ‘Green’ list in a new resolution released by the Inter-Agency Task Force for the Management of Emerging Infectious Diseases (IATF-EID) on Friday, January 14

The UAE is no longer listed on the Philippines’ ‘Green’ list, according to Resolution No. 157-B, which was signed on January 13, 2022.

All other countries, territories, and jurisdictions not named above are regarded to be on the ‘Yellow’ list, according to the IATF-EID.

Those countries categorized as’moderate risk’ by the IATF fall under the ‘Yellow’ category.

Passengers from the Yellow nations who have been vaccinated must present a negative PCR test result within 48 hours of departure, as well as a facility-based quarantine until the negative findings are released.

On the fifth day they will have another swab test and a home quarantine until 14th day from the arrival date.