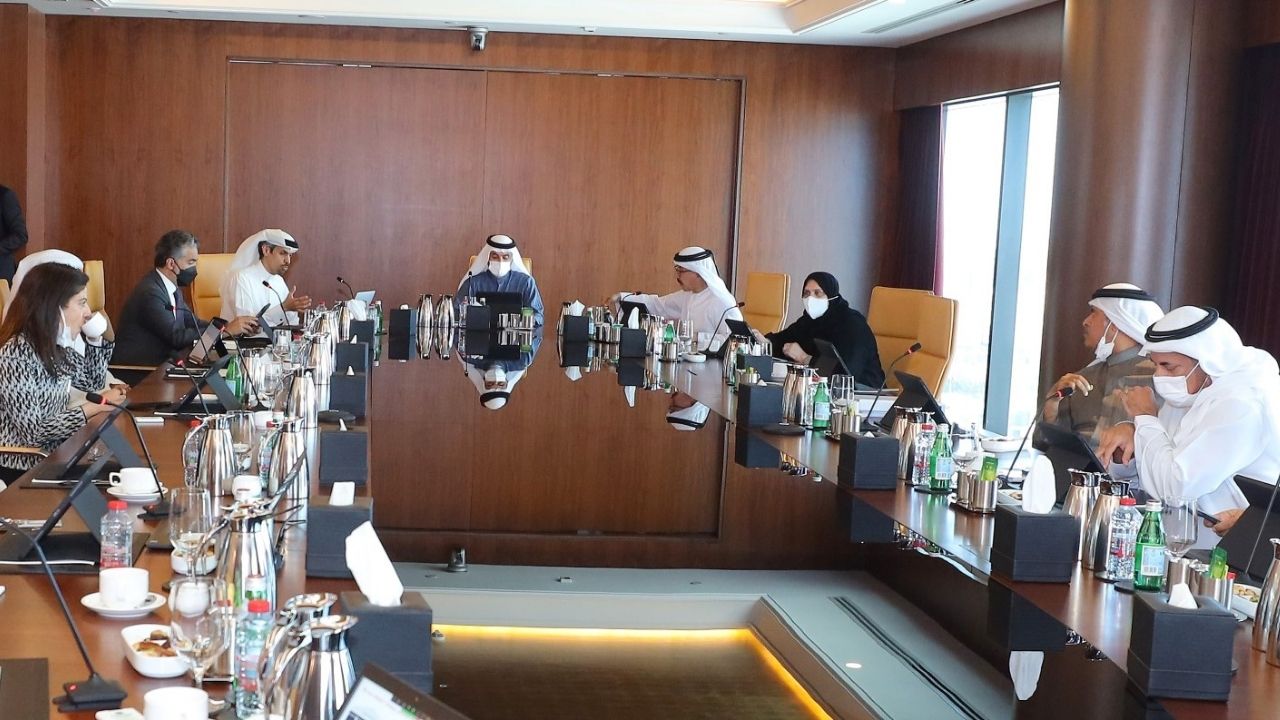 The Board of Directors of Dubai Chambers has approved the organisation’s strategy for the next three years (2022-2024), which is based on four main pillars, namely improving the business environment in Dubai, attracting foreign investments and international companies to the emirate, supporting member companies with global expansion and growing Dubai’s digital economy.

The priorities, listed under the newly-adopted strategy, were announced during the board’s first official meeting in 2022, which was hosted at Dubai Chambers’ headquarters and chaired by Abdul Aziz Al Ghurair, Chairman of Dubai Chambers.

During the meeting, the board approved the organisation’s 2022 budget and established new committees that will be tasked with overseeing matters related to investment, auditing, risks, nominations and remunerations.

Board members discussed potential plans to be implemented under the new strategy, which are aligned with Dubai’s strategic vision and support plans announced by His Highness Sheikh Mohammed bin Rashid Al Maktoum, Vice President, Prime Minister and Ruler of Dubai, to boost Dubai’s trade to AED 2 trillion in five years.

The Chairman and members of the board congratulated His Highness Sheikh Mohammed on the 16th anniversary of his ascension to power, and expressed their gratitude for his wise leadership, which has put Dubai and the UAE on a stable path of prosperity and progress.

Al Ghurair said that the adoption of the Chambers’ strategy for the next three years reflects the Chambers’ commitment to achieving the vision of His Highness Sheikh Mohammed and expands the role of Dubai Chambers as the important organisation supporting the growth of Dubai’s economy. He described the strategy as a blueprint for a competitive economy with bolder ambitions that can adapt to future challenges.

He added, “Today we adopted an integrated strategy for the next phase that enhances the partnership of the public and private sectors, and reflects the new role that Dubai Chambers will play in shaping the future of Dubai’s economy and achieving the goals and vision of our wise leadership.”

He noted that ensuring a business-friendly regulatory environment and fostering public-private sector cooperation and partnerships, policy advocacy and raising standards of customer service will also remain top priorities for Dubai Chambers as works towards achieving its new ambitions.

Dubai Chambers was established under the directives of His Highness Sheikh Mohammed bin Rashid Al Maktoum, as part of a recent government restructuring that aims to drive a comprehensive economic development in Dubai. The organisation operates under a three-chamber model comprises Dubai Chamber of Commerce, Dubai International Chamber and Dubai Chamber of Digital Economy.