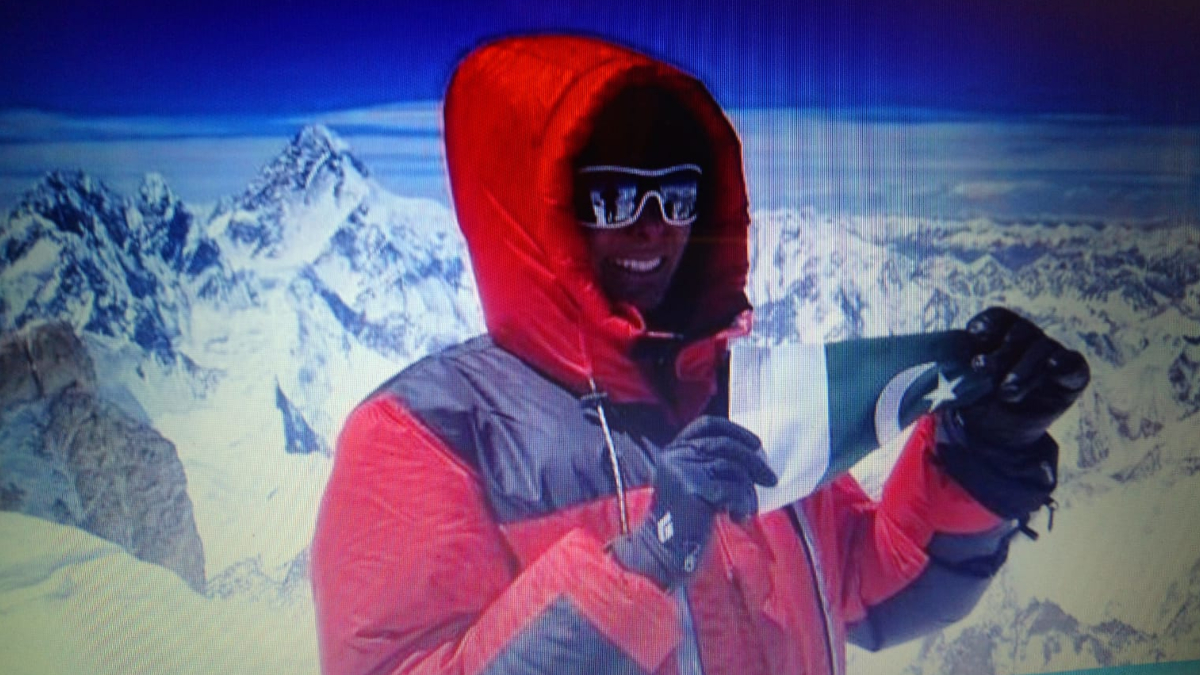 DUBAI, United Arab Emirates: British mountaineer George Herbert Leigh Mallory was once asked why he wanted to climb Mt. Everest and he said: “Because it’s there.”

That three-word phrase soon evolved to become the most famous expression in the mountaineering world.

And it apparently kept ringing in Dubai-based resident Naila Kiani’s mind, decades after it was uttered.

Kiani, a banker, is the first Pakistani woman to have successfully climb Gasherbrum-II, the world’s 13th highest peak at over 8,035 meters above sea level, according to a Khaleej Times (KT) report.

Gasherbrum II is the third-highest peak of the Gasherbrum massif, and is located in the Karakoram on the border between Gilgit–Baltistan, Pakistan, and Xinjiang, China.

“Gasherbrum-II was my first expedition,” Kiani told KT in an interview.

“I (have) received a lot of appreciation as the 8,000-metre peak is very significant in mountaineering because the death zone starts above 8,000 level. It was risky and challenging mountaineering. No Pakistani female has ever climbed the top five peaks in Pakistan,” KT quoted her as further saying.

Kiani said she had initially thought of climbing a 7,000-meter peak, which would take four to five weeks; an 8,000-meter one, on the other hand, takes five to six weeks.

“I thought, why not attempt an 8,000-metre peak because it will give me an experience of what exactly the world’s top mountaineers endure when they attempt these high peaks that stand above the death zone,” KT also quoted Kiani as saying.

Kiani made her climb last month. According to the KT report, she aims to conquer all of the world’s top peaks in Nepal and Pakistan. There are 14 mountains higher than Gasherbrum II, mostly in Nepal and five are in Pakistan.

A fitness and adventure enthusiast, Kiani has set her sights on another 8,000-meter peak around June next year. “I’ll reveal the name of the peak later. I aim to conquer all peaks in Pakistan as well as Mountain Everest in Nepal. My other objective is to promote tourism and the natural beauty that Pakistan offers to foreign tourists,” KT quoted her as saying.

Mallory went missing with a climb partner while on an expedition in 1924. His remains were found on May 1, 1999.

There have been 20 mountaineers who have died attempting to conquer Gasherbrum II, the latest being a Polish national, Aleksander Ostrowski who was killed in an avalanche. Eight other fell to their death while two have disappeared. (Supplied photo)

DUBAI EXPAT STORIES. ‘My work came about from my own personal journey to find myself, my true self.’ – Monica Malhotra, founder and CEO,...

Indulge in a guilt-free Family Detox Brunch at The Retreat Palm...