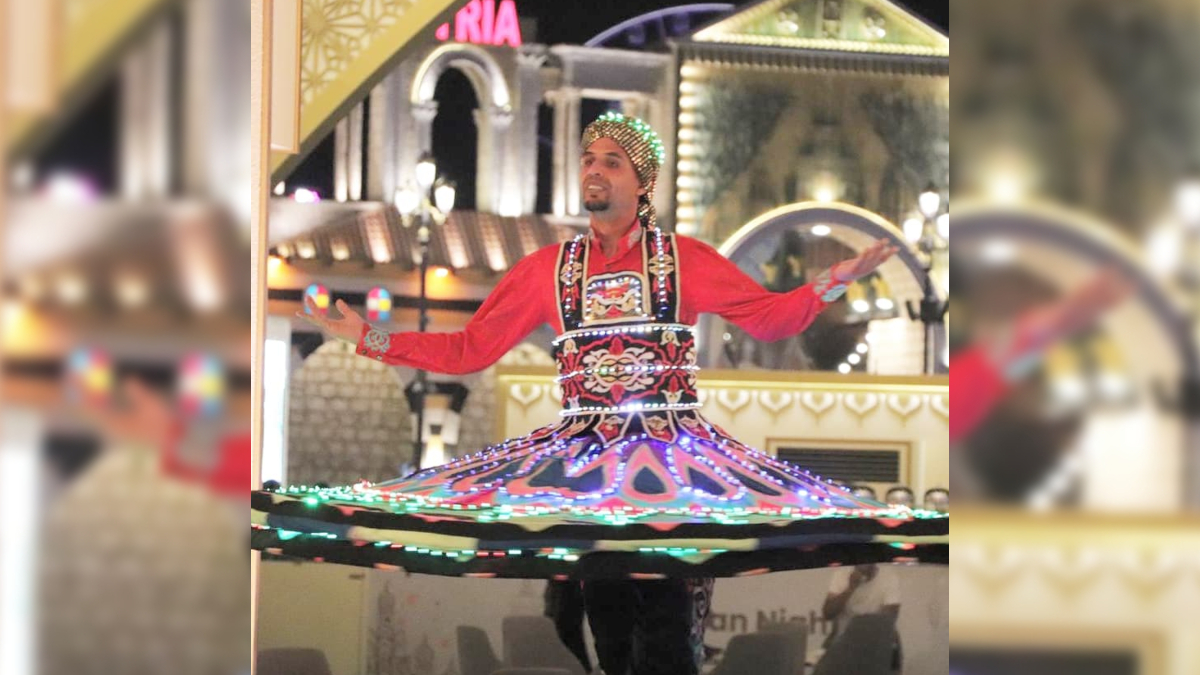 Home People DUBAI EXPAT STORIES. ‘This is my professional work and I love it.’...
Facebook
Twitter
WhatsApp
Linkedin

The crowd is done dining, the summer breeze caressing their faces, stroking their hair. The whiff of karak tea swirls in the air like incense burning as the dhow hums its way across the Dubai Creek.

Then, from the darkness came a silhouette of a man garbed in traditional costume. The light turns on along with the music and voila! He starts to do a whirling dance – slow and rhythmic that gradually gathers speed: a traditional Sufi dance.

Enthralled, the people was soon swaying with the music as if in hypnotic trance, and exploded in a loud applause as the man concludes his performance.

“This is my professional work,” says 48-year-old Mohammed Elamray, who has been doing the Sufi dance since 1984. “I feel happy and excited seeing people entertained with my dance,” he added.

Elamray arrived in Dubai from Egypt in 1998 and has bragging rights to being the city’s first Sufi dancer. He does nightly performances on board dhow evening cruises and at times, in the Global Village.

Entranced by a 700-year-old ritual, the whirling dervishes perform the Sufi dance  steered by rhythmic breathing and chants of “Allah”, as they seek to become one with God.

Their white robes rise and fall in unison, spinning faster and faster. The right palm is raised to the heavens to receive God’s blessings, which are communicated to earth by the left hand pointing to the ground.

As they continue turning in a spiritual trance, the dancers float between the two worlds. They are now in a deeply personal and intense form of meditation.

A mystical form of Islam, Sufism shuns all forms of materialism in pursuit of asceticism. In most historical accounts, Sufis are commonly known as persons of religious learning whose aspirations revolve around being close to Allah.

And I love my work. I’ve been doing that for many years.

Behind the Wings of the Angels Creator

DUBAI EXPAT STORIES. Have you ever feared failure? Shaista Aggarwal says why you should not

World leaders laud Expo 2020 as beacon of hope, resilience and...

World leaders laud Expo 2020 as beacon of hope, resilience and...