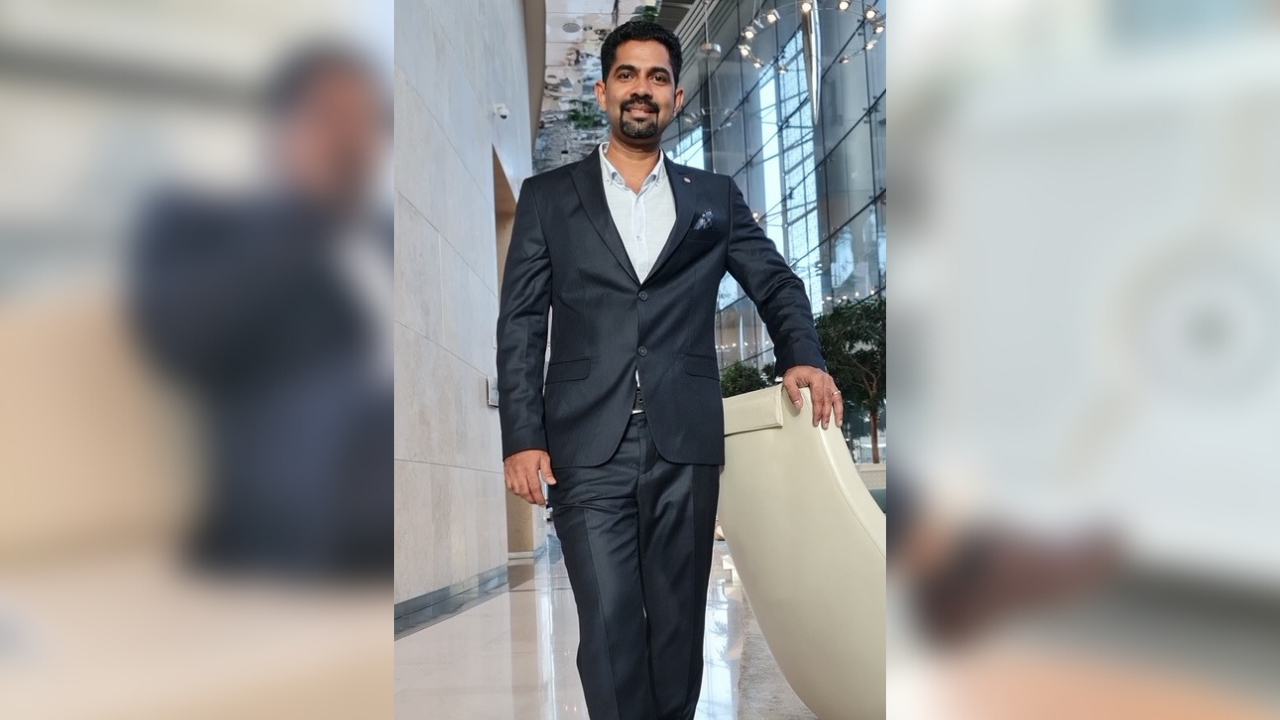 Determined and innovative Eldho M. Mathew is the current Brand Manager of the Nalan restaurant company in Dubai. His experiences in hotel management shaped him into a standard-bearer and role model in the Food and Beverage (F&B) business.

This individual feels that striving to be inventive and trying to delight visitors and empower staff may result in a high level of guest happiness.

At 39, Eldo has already demonstrated his abilities and knowledge in the profession. And after living in Dubai for 17 years, he understood the sector inside and out. His educational background and unquestionable qualifications shaped his career.

He earned a bachelor’s degree in business administration and a master’s degree in hotel management. He began his career as a management trainee and then spent five years working in various hotels and historical resorts in India before going to Dubai.

“I arrived in the UAE in 2005 and began my work as a F&B supervisor at Indian Palace, an Emirati award-winning restaurant. I served there for six hard years, and it was a fantastic learning experience for me,” he remarked.

He also stated that one of his biggest strengths is how he impresses and treats his guests with the appropriate degree of hospitality. It’s a skill he’ll never lose and quite proud of.

“I had a low beginning. I am highly passionate about customer service and began working as a cafeteria assistant before graduating. I am grateful that I can enjoy every minute in the field where I have established myself.”

He kept growing and learning from his errors. As a result, when he initially came to the UAE, he regarded his first job in Abu Dhabi with a popular restaurant to be his second home. He never felt like he was working there, he said. It was a fun-filled moment when every day was full of enjoyment for him.

“I always loved customer service and was satisfied when a customer left happily after their meal,” he explained.

“One of the memorable incidents was one of the guests who stayed in a hotel took my address. After a month, I received a courier from Switzerland. When I opened it, I couldn’t believe it was a full carton of Swiss chocolate and a greeting card.”

After six years, he left India Palace to work as an outlet manager for Lulu Group’s Tablez. He worked as a manager for their in-house brand, Peppermill. During his seven years with the business, he was involved in the pre-opening of six different shops in Abu Dhabi and Ras Al Khaimah.

According to him, he had the opportunity to work with excellent leaders at Tablez, which aided him in becoming a better manager and developing his confidence not just at work but also in life. After seven years, he resigned from his position and attempted something new on his own.

“I joined as a working partner with an Emirati for a Pakistani concept in Abu Dhabi. The business was going very well by the time covid came, and it was a difficult moment where the entire globe was suffering, which affected our company as a whole well,” he continued.

Eldo was a dedicated person in life; his cheerful demeanor is one of his talents, so he appears young even though his profession requires a lot of responsibility. When questioned about his success secret, he told Dubai Vibes Magazine that hardships are bridges to success.

He also stated that “Struggle exists in every sector; I feel that if there are no obstacles, there would be no progress; if we stay in our comfort zone, we will never advance. We should constantly take risks and pursue our ambitions. For me, day-to-day operational concerns were not struggles but challenges, and each day brought a new learning experience.”

Eldo saw the UAE as a country of opportunity; anybody with a burning desire and a clear vision could thrive here. On the other side, he defines Dubai as an emirate with the most attractive areas, such as Jumeirah.

He believes that Dubai is the perfect place for a dreamer who aims to be the best since it respects everyone regardless of color, country, gender, or socioeconomic class. His unforgettable Dubai experiences will live on in his heart forever.

Since the city is so crowded, he makes sure that his days are always productive. “I work 12 hours a day, five days a week. I work out for 2 hours; I make time for reading at least half an hour every day, primarily motivational and leadership books. My all-time favorite book was Robin Sharma’s the monk who sold his Ferrari, Family wisdom and the leader with no title.”

Lastly, “My advice to newcomers to the hospitality industry is to be enthusiastic and work hard, constantly analyze your performance and career advancement, be open-minded, embrace change, and approach problems with solutions. Then opportunity will come your way.”