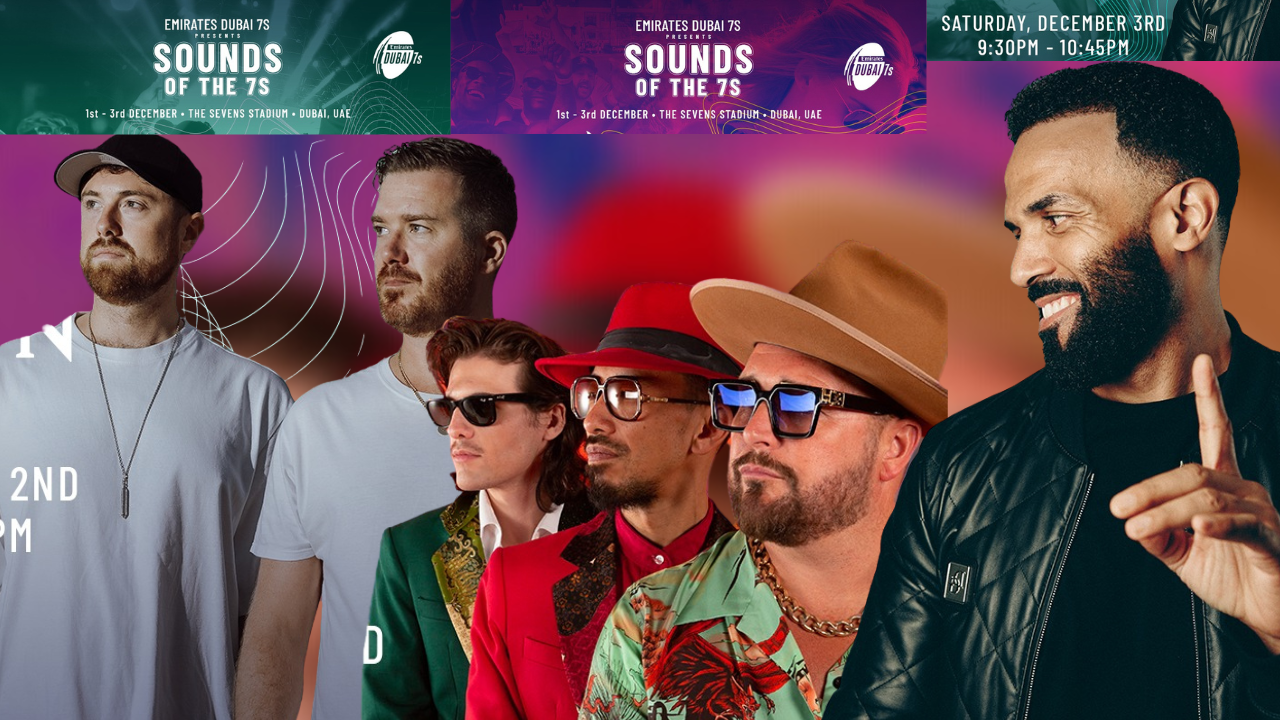 The highly anticipated sports & entertainment festival will feature a music-filled weekend with The Cuban Brothers, Gorgon City, and Craig David presents TS5 at Frequency on 8 and Beats on Two

Dubai, United Arab Emirates: 24 October 2022 – The Emirates Dubai 7s, part of the HSBC World Rugby Sevens Series, will host an entertaining line-up of international musical artists and DJs at the festival set to take place over the long weekend from Thursday 1st to Saturday 3rd December.  This year’s festival-goers can look forward to an exciting weekend filled with international sporting action against a backdrop of amazing music and entertainment, including world class performances and popular hits from The Cuban Brothers, Gorgon City and Craig David presents TS5.

English electronic music production duo, Gorgon City and chart-topping performer, Craig David presents TS5, will headline Frequency on 8, a visual and audio experience, while the highly entertaining musical band, The Cuban Brothers, will perform at Beats on Two, a unique ‘Ibiza style’ bar concept which overlooks all the action on Pitch 2. In addition, the fan favourite ‘Rugby Rocks’ stage will showcase the very best local talent along with the world-famous ‘Heineken House’ blasting out classic house tunes all weekend long.

The famous duo, Gorgon City, have smashed the charts for over 10 years and are set to kick off the entertainment on Friday 2nd December at Frequency on 8 starting at 10pm. On Saturday 3rd December, funk-filled party starters, The Cuban Brothers, will perform at Beats on Two, between 4pm – 5:30pm.  Closing this year’s festival, one of the biggest British artists of all time, Craig David presents TS5 will bring soul, funk and hip-hop hits to Frequency on 8 at 9:30pm.

Ticket holders will gain access to the concert events taking place during the Emirates Dubai 7s. Ticket options for the weekend include the ultimate Hangar Hospitality for an upscale and all-access experience, Weekend General Admission and Weekend Reserved Seating, as well as single-day tickets that are available in limited quantities. Children under 12 years of age gain free entry during the weekend.