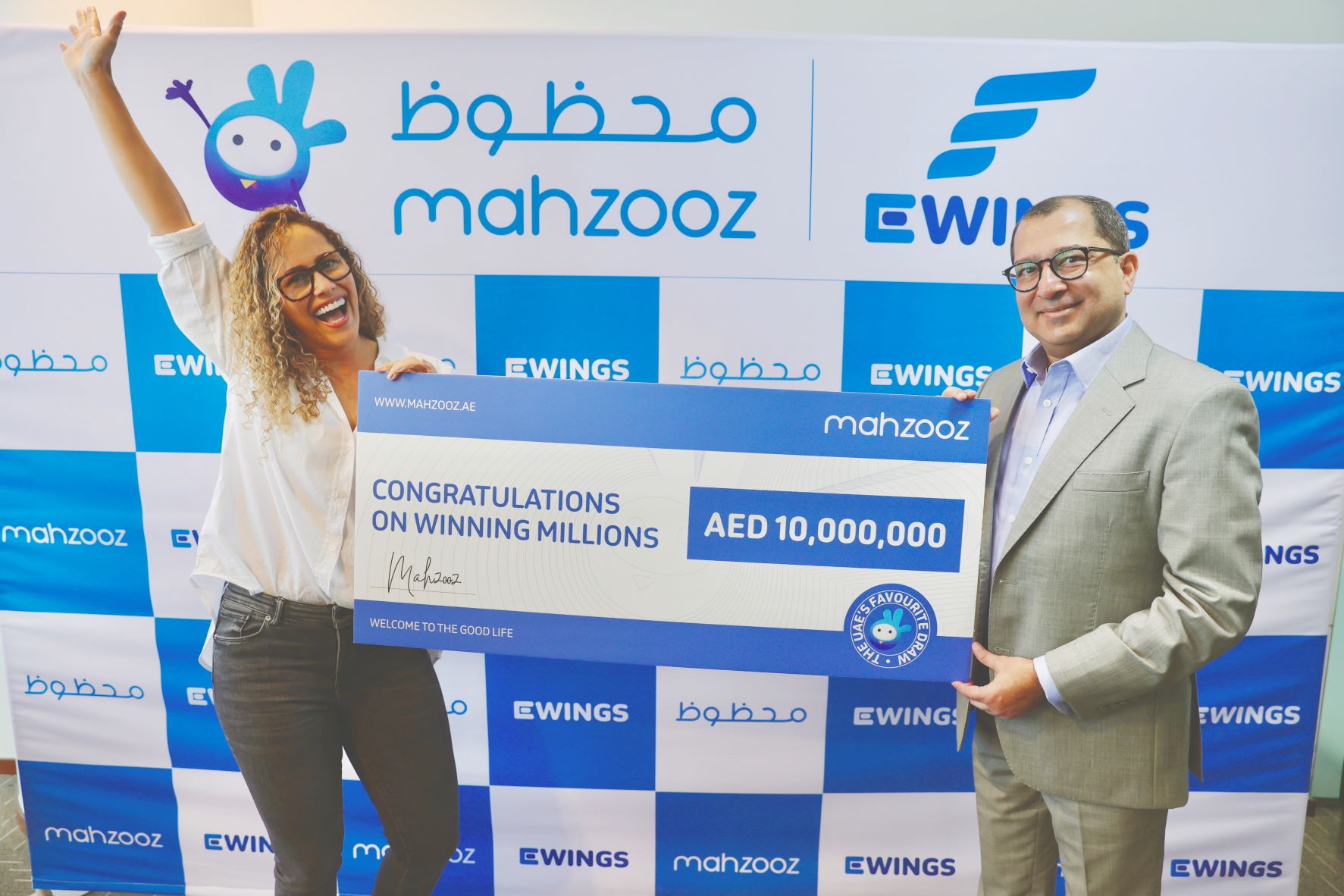 A 42-year-old expat mother from England, who said she would give her last dollar to someone who needs it, is the latest to win in the Mahzooz weekly draw, bringing home AED10 million with plans that include making her dream salon business finally come true.

“Before I bought that ticket and won, I had a big dream to start a business. So, I closed my eyes and pressed the number,” said Inger, a hairstylist, whose husband is from Australia and works at a construction project management company.

“I first received the call on Sunday (the day after the draw) morning while having breakfast with my husband. I thought it was a joke. I said ‘I’ll call you back,’ because I still haven’t believed it. I told my husband, he laughed, and we both laughed,” narrates Inger, who has been in Dubai for the past 10 years. Her husband has been working in the city for about 15 years.

“It took me a long time before I actually believed it was real. Now, I am ‘10 million-percent’ sure it’s real. The draw was actually, in my head, my last chance,” Inger said.

Aside from opening a salon, Inger, who has a year-old son, said she and her husband will invest part of the money into their children’s future. The couple has been planning to have a second child “but raising children” is expensive, Inger said.

“We always spoke about having a second child,” she said. “We would have loved to hae another child, but raising children is expensive.”

Inger said she will open her salon business in Dubai as a matter of giving back and paying forward. “In Dubai, you can actually make your dream come true. I love what Mahzooz has done for us,” Inger said.

Farid Samji, CEO of EWINGS, expressed is excitement over Inger’s AED 10 million win and said that 2022 was exceptionally special for Mahzooz as it saw an extremely high frequency of winning especially in the second half of the year.

Inger was the 31st Mahzooz multimillionaire.

“Having so many opportunities for me and my family will change the way I live. This is a huge win, but I want to stay grounded. I will not allow it to change me as a person,” she said.

Farid Samji, CEO of EWINGS, meantime expressed excitement over Inger’s AED 10 million win, saying that 2022 was exceptionally special for Mahzooz as it has seen an extremely high frequency of winning especially in the second half of the year.

He also noted that other draws have not produced that many winners, some even paling in comparison. “Others have not produced that many (winners). Only we make a conscious effort to pay out.,” Samji said, adding that a AED35 purchase of a bottled water entitles the participant to an entry to the Super Saturday Draw and the Fantastic Friday Super Draw.

To become the next millionaire, entrants can participate in Mahzooz by registering via www.mahzooz.ae  and purchasing a bottle of water for AED 35, which enables them to enter multiple draws, the Fantastic Friday Epic Draw and the Super Saturday Draws, by choosing two different set of numbers.

The Super Saturday Draws require participants to pick 5 out of 49 numbers for a chance to win the top prize of AED 10,000,000, the second prize of AED 1,000,000, or the third prize of AED 350. Participants will also be automatically entered into the raffle draw in which three guaranteed winners will each receive AED 100,000.

The new Fantastic Friday Epic Draw requires participants to choose 6 numbers out of 39 for a chance to win AED 10,000,000 for no additional participation fee.

Mahzooz means ‘lucky’ in Arabic and is the UAE’s favourite draw that offers participants a life-changing opportunity to win millions every week. Mahzooz is dedicated to making people’s dreams come true and giving back to the community.

Hatta Cultural Nights concluded on a high note with over 28,000 visitors