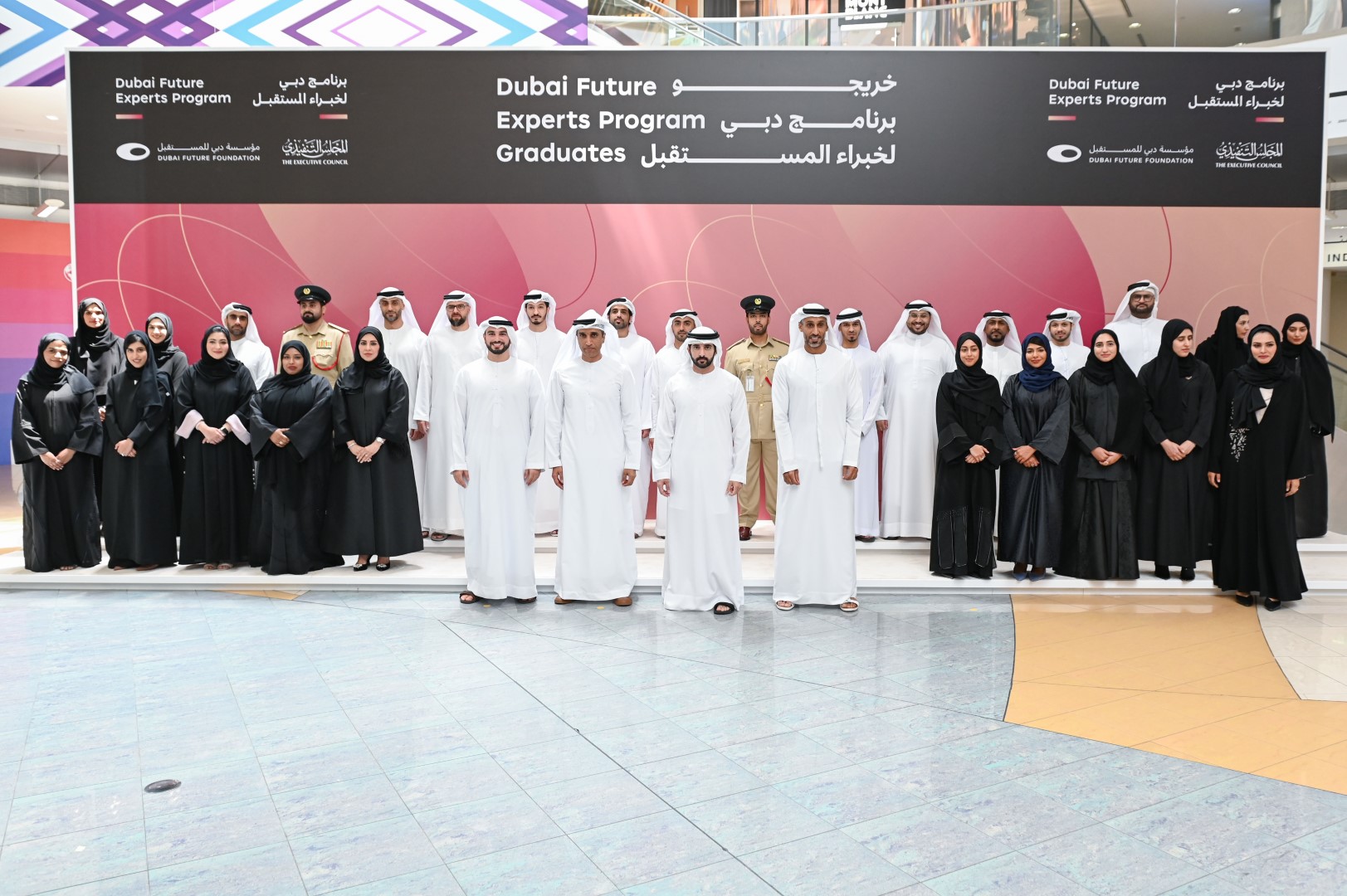 The programme, jointly launched by the Executive Council of Dubai and DFF, seeks to train local talent and equip them with the skills and expertise to design future-related initiatives in Dubai Government entities.

The graduation ceremony was attended by Mohammad bin Abdullah Al Gergawi, Minister of Cabinet Affairs, Deputy Chairman of Board of Trustees and Managing Director of DFF; Abdullah Mohammed Al Basti, Secretary-General of the Executive Council of Dubai; and Khalfan Jumaa Belhoul, CEO of DFF.

Sheikh Hamdan praised the efforts of the graduates, instructors, experts and academia involved in the programme, noting that the programme has immersed the participants in an experiential understanding of opportunities and challenges of the future, inspiring them to create ideas and projects that will enhance Dubai’s position as a leading city of the future.

During the ceremony, the graduates briefed Sheikh Hamdan on a set of projects, future scenarios and recommendations that they have designed and developed.

H.H. Sheikh Hamdan was briefed on research projects and reports prepared by the graduates covering various topics including productive city, resilience in emergencies and crises, digital transformation, empowering governments, community cohesion and the future of legislation, among others. The graduates had also prepared a set of future scenarios to enhance preparedness for changes over the next fifty years.

The Dubai Future Experts Programme comprises two modules, each running for six months. Participants can progress from “Future Analyst” to “Future Practitioner”. The first-of-its-kind, the programme is managed by the Dubai Future Academy, an initiative of DFF. It aims to develop a forward-looking mindset within the government and establish a pool of certified Emirati futurists who can help shape the future of Dubai’s key strategic sectors. The modules and content of the programme have been developed by leading national and global future experts, scientists, entrepreneurs, and CEOs.