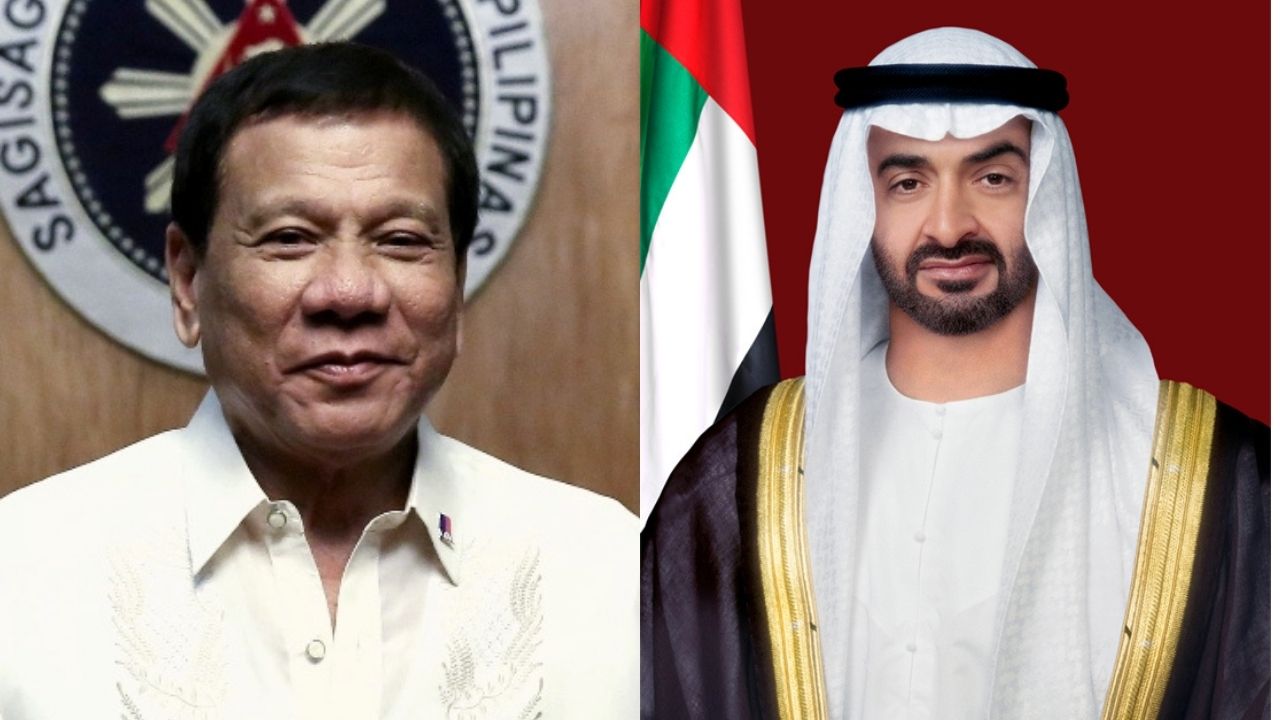 His Highness Sheikh Mohamed bin Zayed Al Nahyan, Crown Prince of Abu Dhabi and Deputy Supreme Commander of the UAE Armed Forces, today received a phone call from President of the Philippines, Rodrigo Duterte, who expressed his country’s condemnation and denunciation of the Houthis’ terrorist attack on the UAE.

During the conversation, Duterte emphasised that these criminal attacks are contrary to all international norms and laws. He stressed his country’s solidarity and support for the UAE in maintaining its security and territorial integrity and wished continued security, stability and prosperity for the UAE and its people.

He also appreciated the support provided by the UAE for his country’s health establishments to enhance its capabilities and efforts against the COVID-19 pandemic. He also stressed his keenness on boosting cooperation between the Philippines and the UAE in various sectors.

His Highness Sheikh Mohamed bin Zayed and Duterte also tackled ties between the two countries and issues of mutual interest.

In turn, His Highness Sheikh Mohamed thanked Duterte’s for his sentiments and his country’s solidarity with the UAE, wishing prosperity for his country and people.