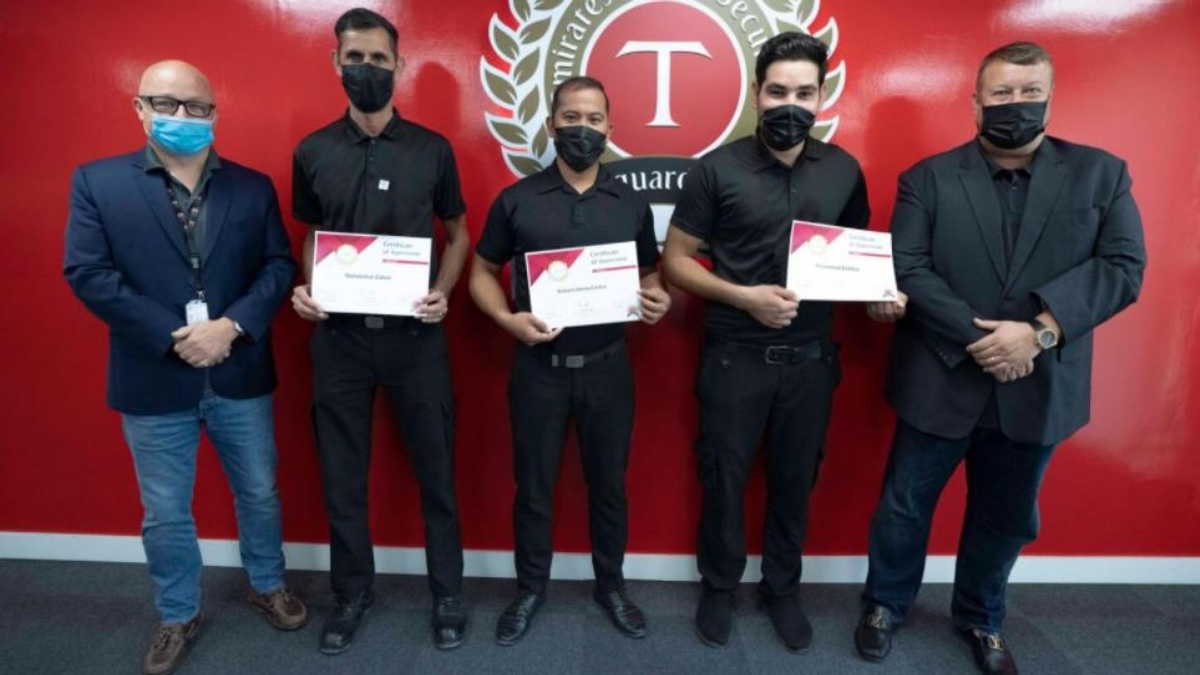 Three security guards helped save the lives of two contractors, who were stuck in a tank in a semi-conscious state.

Richard Estebat, Muhammed Zubair, and Muhammad Iftikhar, security guards from the Transguard group, saved two lives of contractors, who are both stuck in a tank. The three guards were deployed is a tourist sight in Dubai. On duty, Zubair noticed people were gathering near the mechanical room, and at that time, he saw the two contractors stuck inside the tank. He eventually called Estebat and Zubair for help and rescued the contractors.

According to Dr. Greg Ward, managing director of Transguard Group, “We are proud of these three men for their timely display of courage in an extraordinary situation.”

A recognition ceremony was held in honor of Zubair Estebat and Iftikhar.