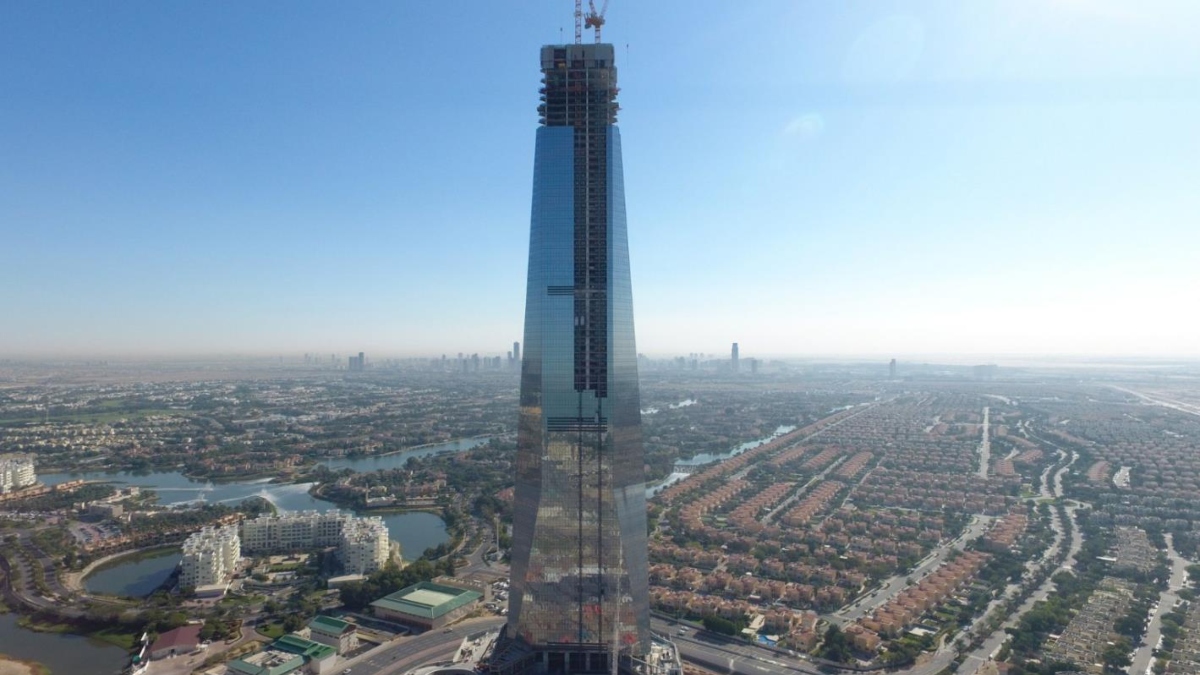 It will be the world’s tallest commercial tower when completed. The facade of Dubai’s Uptown Tower is now 90% complete.

Last week, the Tower reached a height of 329 meters, according to the DMCC.

The 78-story architectural marvel, which will be located in the Burj 2020 District, is expected to be the world’s tallest commercial tower.

.@DMCCAuthority announces that the centrepiece of the Uptown Dubai District, Uptown Tower, has topped out at 329 metres last week. This architectural masterpiece is already making its mark on the Dubai skyline with façade works 90% complete. pic.twitter.com/z462Fr67hX