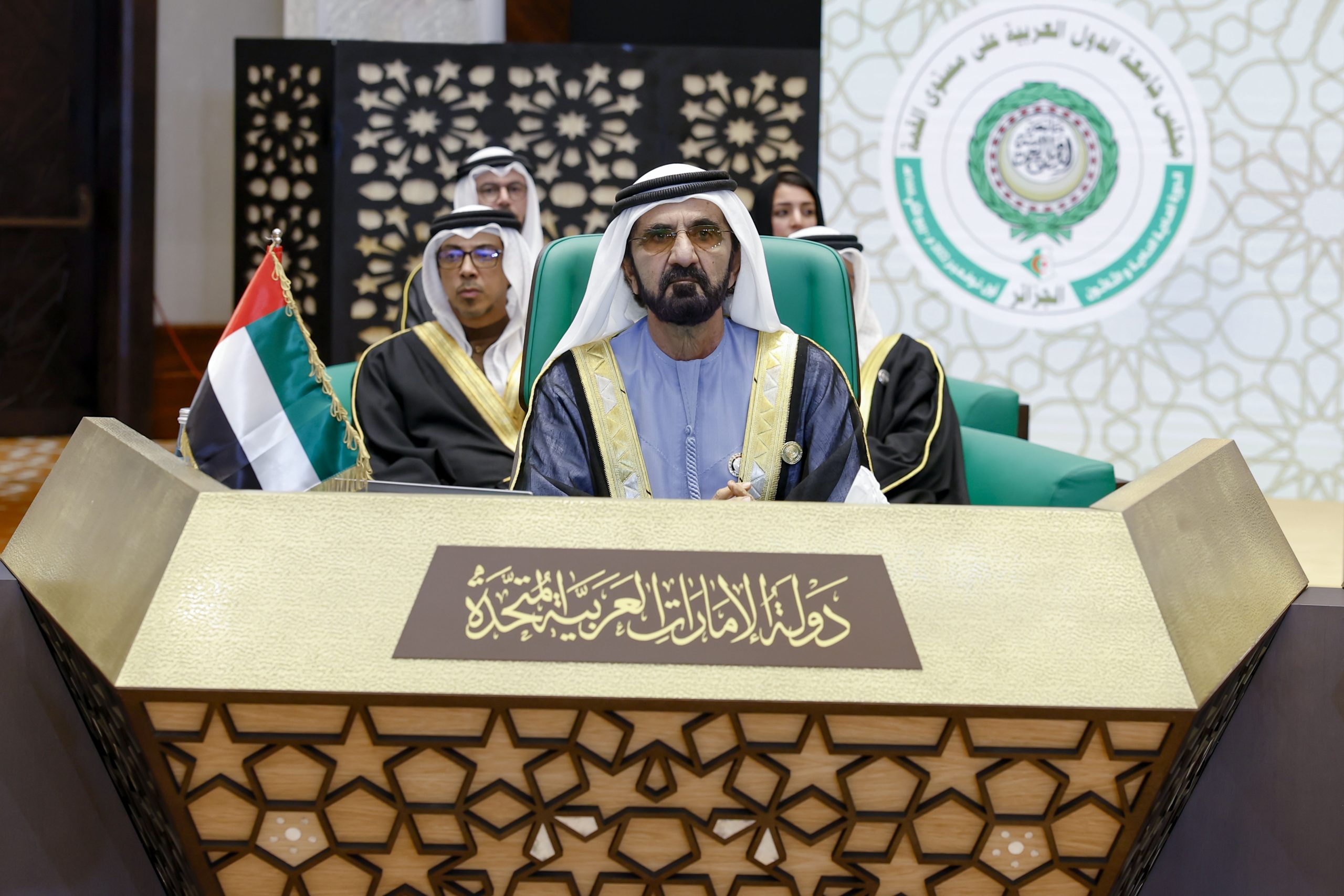 H.H. Sheikh Mohammed bin Rashid was received at the venue of the Summit by Abdelmadjid Tebboune, President of Algeria, and Chair of this year’s Arab League Summit. His Highness congratulated the Algerian President on the occasion of the country’s National Day. The 31st edition of the Arab League Summit is the first to be held after the outbreak of the pandemic. The Cairo-based Arab League last held its summit in Tunisia in 2019.

On its first day, the 31st Arab League Summit discussed how members of the Arab League can work together to develop a united stance on various issues affecting the region and promote cooperation to tackle regional and international challenges. The Summit aims to bolster pan-Arab solidarity, consolidate joint Arab action and discuss new initiatives that can achieve the aspirations of the people of the region.

The Summit started with an address by Kais Saied, President of Tunisia, the Chair of the previous Arab League Summit, in which he highlighted challenges facing the Arab world due to the economic impact of the pandemic. He called on Arab nations to work together to combat vital challenges.

Later, Abdelmadjid Tebboune, President of Algeria, and Chair of this year’s Arab League Summit, addressed the event. The 31st Arab League Summit, he said, is taking place at a time when the world is going through serious challenges. The Arab world has the resources and capabilities to be a major global economic power, he said, adding that the region should work collectively to identify key development priorities in order to make a positive impact on people’s lives.

Earlier, on his arrival in Algiers, H.H. Sheikh Mohammed bin Rashid was received by Ayman ben Abdelrahman, Prime Minister of Algeria, at an official ceremony held at the Houari Boumediene International Airport.