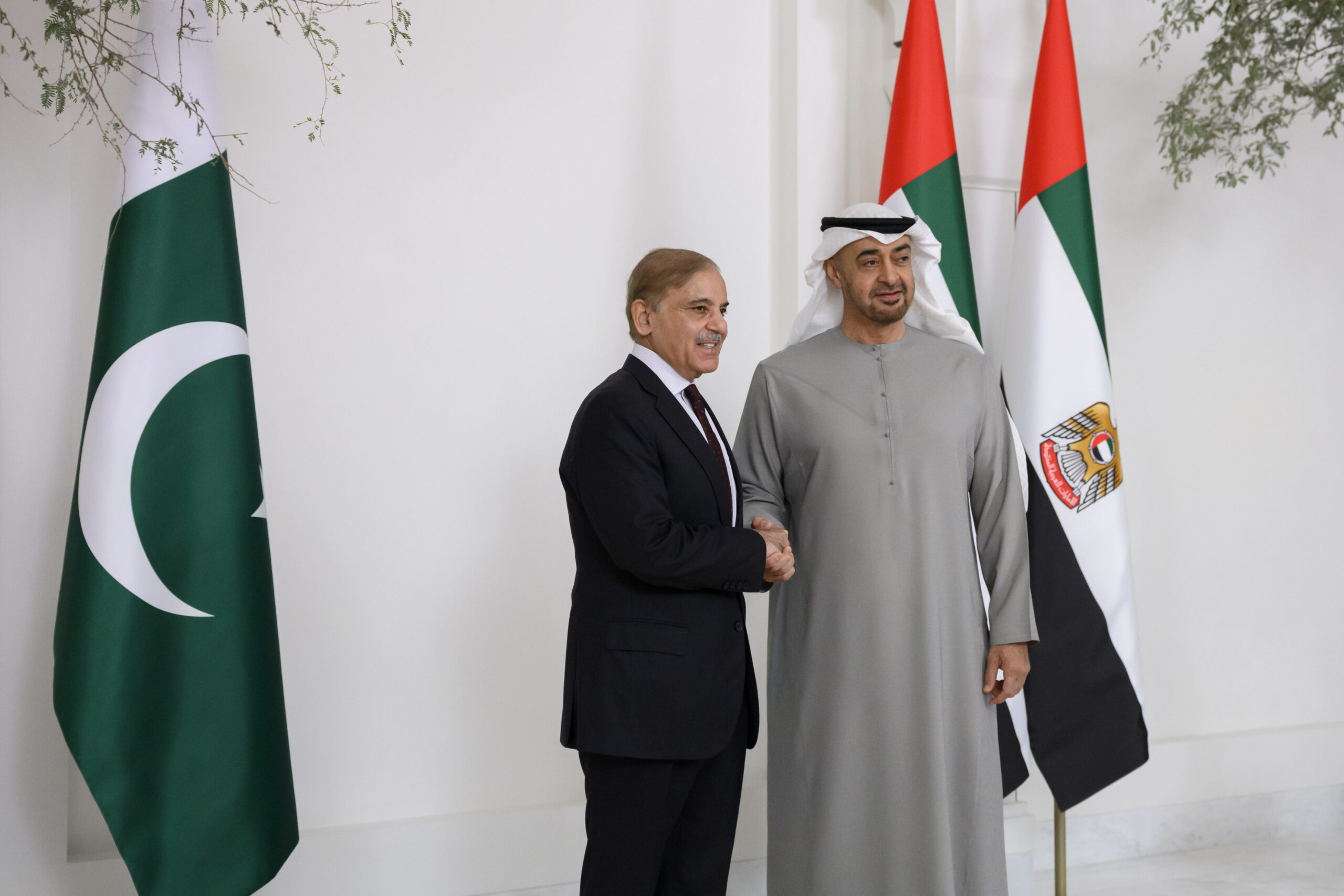 President His Highness Sheikh Mohamed bin Zayed Al Nahyan today arrived in the city of Rahim Yar Khan during his visit to the Islamic Republic of Pakistan.

Upon his arrival at the airport, His Highness was received by Pakistani Prime Minister Shehbaz Sharif, and a number of ministers and senior officials.

During the meeting, the two sides reviewed the historical UAE-Pakistan ties and opportunities of enhancing joint cooperation in a way that serves the mutual benefit of the two countries and their peoples across various domains, which falls within the framework of the two countries’ strategic partnership.

Prime Minister Sharif welcomed the visit of His Highness Sheikh Mohamed to Pakistan, stressing that it represents a strong drive towards developing the relations of the two friendly countries.

The two parties discussed various cooperation paths especially in the fields of economy, trade and development, which are in line with the two countries’ sustainability objectives.

They also discussed several issues of common interest, and exchanged views on a number of regional and international issues of mutual concern.

For his part, Prime Minister Sharif reaffirmed his country’s pride in the historical UAE-Pakistan relations, expressing his appreciation to the UAE for its continuous support to Pakistan in various conditions, especially in the development fields.

In attendance from the Pakistani side were Marriyum Aurangzeb, Minister for Information and Broadcasting of Pakistan; Tariq Fatemi, Special Assistant on Foreign Affairs to the Prime Minister of Pakistan; Syed Mohsin Raza Naqvi, Interim Chief Minister of Punjab; and a number of officials.

Candlelight Concerts: A tribute concert to Coldplay and Queen is coming...

Candlelight Concerts: A tribute concert to Coldplay and Queen is coming...