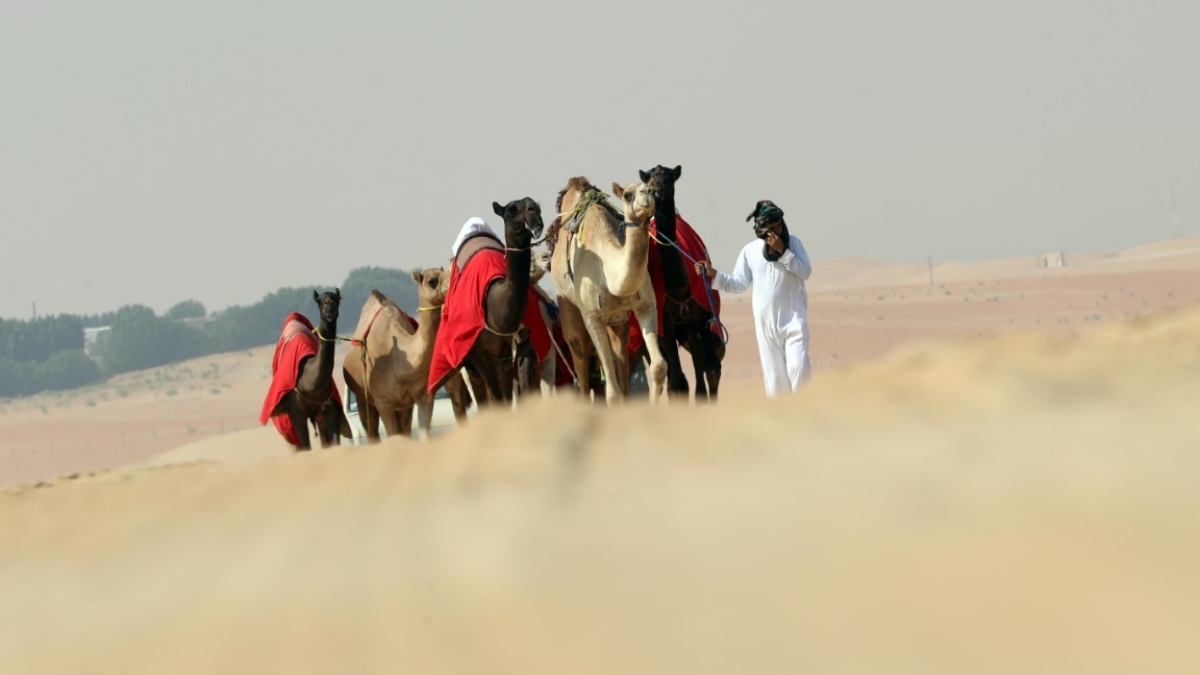 Organised by the Cultural Programmes and Heritage Festivals Committee, Al Dhafra Festival, which will run 22nd until January, reflects the sustained efforts made by the Emirate of Abu Dhabi to enhance the UAE’s global position in heritage preservation.

“In line with the Emirate’s vision to preserve UAE heritage, and quintessential Emirati customs and traditions, including the preservation of purebred camels, Al Dhafra Festival has become synonymous with the great cultural achievements made. The Festival exemplifies the tireless efforts made to protect the nation’s time-honoured legacy, attract heritage enthusiasts, and convey the UAE’s message of peace and tolerance to the entire world.”

For his part, Issa Saif Al Mazrouei, Deputy Chairman of the Committee, highlighted the directives of the Festival’s patron, His Highness Sheikh Mohamed bin Zayed Al Nahyan, to expand Al Dhafra Festival by including camel pageantries in Suwayhan, Razin and Madinet Zayd, in addition to the principal Camel Beauty Contest of Al Dhafrah Festival.

“Coinciding with the UAE’ Golden Jubilee Celebrations, the Festival’s activities now run from 28th October, 2021, to 22nd January, 2022, as part of the Abu Dhabi Camel Auction Season. The festival features 313 camel runs and this new edition of the event includes the launch of the Bairaq Al Emarat Award for Asayel and Majahim camel breeds. For the first time in mazayna competitions, prizes will be based on a new points system. The festival’s 15th edition also witnesses new races for camel mazayna in two categories; hybrid and Wadh,” he added.

Al Mazroui urged the participants and visitors to comply with all COVID-19 countermeasures put in place by the competent authorities.