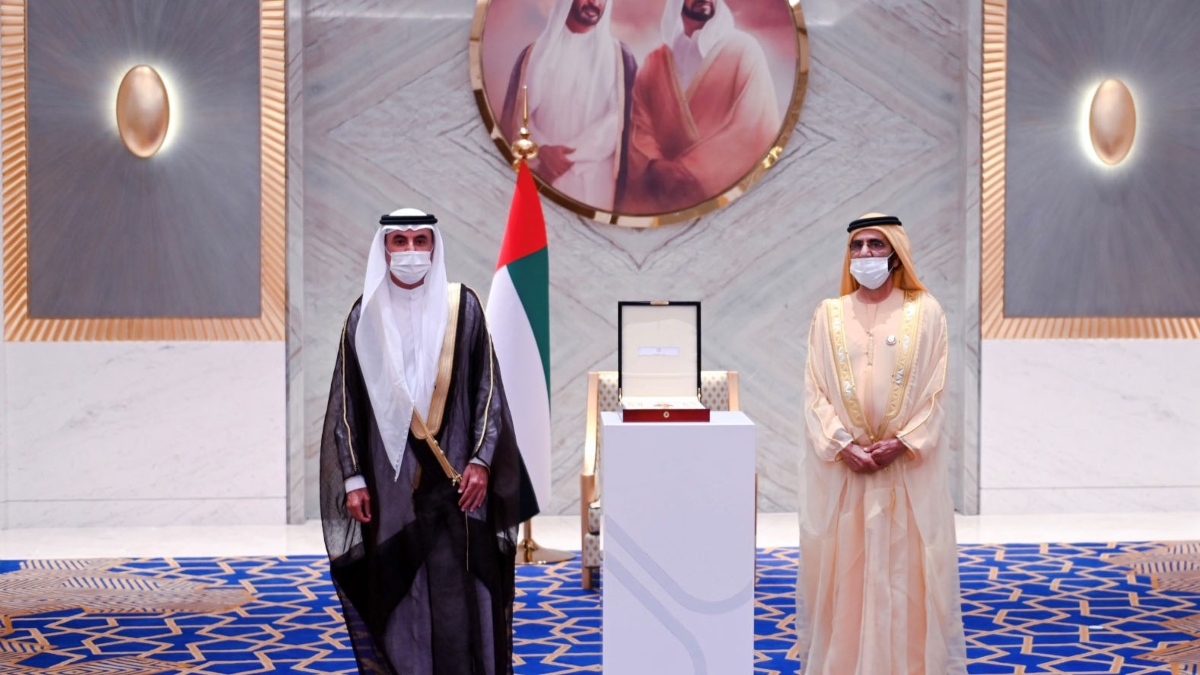 His Highness Sheikh Mohammed bin Rashid Al Maktoum, Vice President, Prime Minister and Ruler of Dubai, said service to the nation is a key value that has been instilled among Emiratis, who constantly demonstrate their patriotism through initiatives and actions to enhance the welfare of the community.

His Highness’s comment came as he honoured the winners of the Dubai Appreciation Award for Community Service at a ceremony that took place at Expo 2020 Dubai in the presence of H.H. Sheikh Hamdan bin Mohammed bin Rashid Al Maktoum, Crown Prince of Dubai and Chairman of Dubai Executive Council; H.H. Lt. General Sheikh Saif bin Zayed Al Nahyan, Deputy Prime Minister and Minister of the Interior; and Lieutenant General Dhahi Khalfan Tamim, Deputy Chairman of Police and Public Security in Dubai, and Chairman of the Board of Trustees of the Award.

His Highness praised the contributions of all those who were honoured at the award ceremony describing them as inspiring role models for service to the community. Such service has a positive impact on society, enhances social solidarity and helps create a brighter future for the nation, Sheikh Mohammed noted.

Retired Maj. Gen. Mohammed Saeed Al Marri, Secretary General of the Dubai Police Consultancy Council for Community Service delivered a keynote speech at the ceremony. He said recognition programmes such as the Award help to inspire members of the community to give back to society.

In the corporate category, His Highness honoured INDEX Holding and Al Ansari Exchange.

Lieutenant General Dhahi Khalfan thanked His Highness for supporting the Award and commended the outstanding social contributions of those who were honoured at the ceremony.

The Dubai Appreciation Award for Community Service, launched in 2013, honours individuals, private companies and institutions who demonstrate exceptional commitment to social responsibility and serve the community through initiatives and actions in the areas of social welfare, health, education and other fields in Dubai, without regard for profit or personal gain.