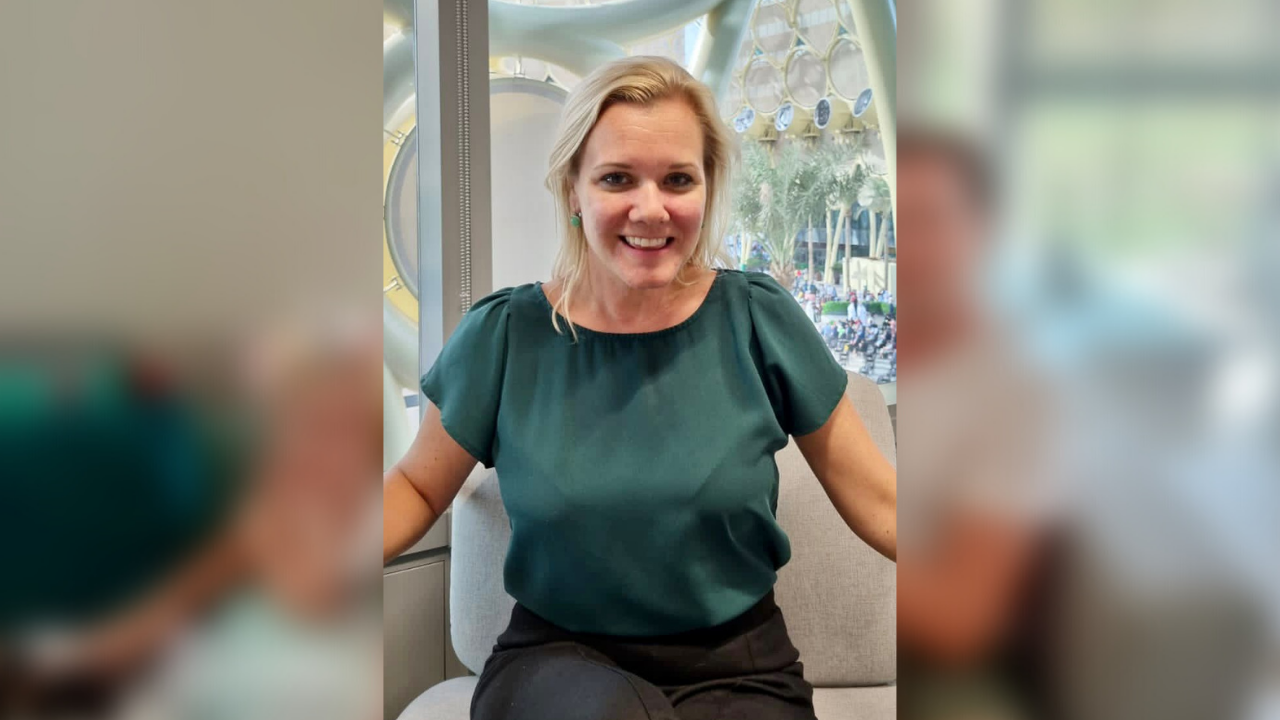 A woman from the Netherlands has made a name for herself in the vast world of media, events, and public relations (PR). Sabrina Schouw, an expat in the UAE, worked as an International Media Manager for Expo 2020 Dubai.

This stunning 42-year-old woman of power was married to another Dutch, and is also a mother of two. Her family has lived in Dubai for five years and has been living overseas for eight years, including three delightful years in London.

Sabrina’s modest demeanor provided her with several opportunities to develop herself as a confident and intelligent person. The love for building networks and assisting businesses, events, and individuals is in her blood.

Her credentials are flawless. She studied International Business and Languages at the Higher School of Economic Studies in Amsterdam, focusing on Communications and Public Relations.

“I have over 15 years of experience working in public relations and communications jobs in various industries. My first work was as a press officer at Stage Entertainment, the Netherlands’ largest musical production firm,” Sabrina explained.

Sabrina owns PR and communication consultancies in Dubai and the United Kingdom. She has also landed a spot on the world’s greatest show– EXPO 2020 Dubai. She was the International PR and Brand Manager at MS Fashion in Amsterdam, the Communications Manager at World Cancer Research Fund, the PR Advisor at Bosch and Siemens Home Appliances, and the PR and Communications Manager at the InterContinental Amstel in Amsterdam, and the Press Officer at Stage Entertainment.

Sabrina said she has wanted to work with Expo 2020 Dubai since she found out she would be going to Dubai with her family. Although the route on this trip was not easy for her, she persevered and finally landed a job with the Expo 2020 Dubai Communications Team.

According to Sabrina, her social skills have significantly influenced her present profession. Her passion for mingling, organizing, and communicating led her to a career in communications.

“It has been an incredible opportunity to work with more than 200 stakeholders of all countries, meet new people every day, and learn about cultures. The job was demanding, tough, and took over my life for eight months, but most importantly, it was gratifying,” Sabrina said.

“I particularly loved the fast-paced, lively, and brightwork atmosphere of Expo 2020 Dubai,” she continued.

“Being a part of the incredible Expo Comms Team, which supported one another through the good and bad times, has been a highlight of my career.”

Sabrina came to Dubai without a local network or a black book of media connections. The job application procedure proved to be quite difficult for her. The competition was tough, and she was turned down multiple times.

She also said that it was pretty difficult for her, but she did not allow this to stop her. She persisted and sent out several applications, submitted her curriculum vitae to various employment boards, attended networking events to meet new people, and took freelance gigs.

Her tenacity led her to the most excellent chance despite her hardships. With the help of her spouse and close friends, she acquired the position she desired at EXP0 2020 Dubai.

Her guiding concept is that “to be successful in this field, you need a lot of dedication, tenacity, and energy.

“Keeping your energy levels high and performing to the best of your ability might be difficult. Another critical factor is adaptability. Working in the Middle East might be difficult for someone who loves to maintain control.”

Sabrina said Dubai has been kind to her. The city has so much to offer, she said, adding that she enjoys the diversity of people living happily together.

“My children also learn about diverse cultures at school, which is amazing. Expo is yet another fantastic illustration of this variety,” she continues.

When Dubai Vibes Magazine asked her for advice on how to succeed in the future, she stated that the key to success is to remain persistent.