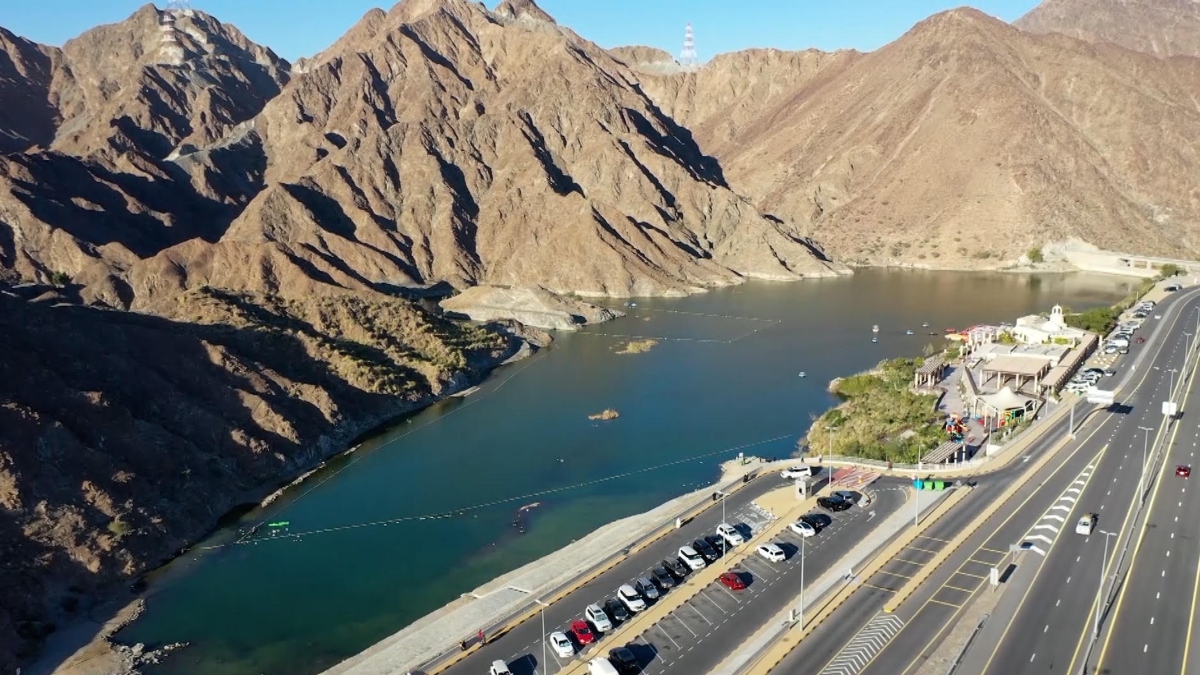 In these cool days of winter, Dubai residents escape to the mountains and get up close with nature.

Jebel Hafeet in Al Ain, Jebel Jais in Ras Al Khaimah, Hatta Dam in Dubai, Al Rafisah Dam in Khorfakkan are top-rated tourist attractions that have competed with shopping malls and other attractions in the country and have attracted many tourists, according to a dispatch by the Emirates News Agency (WAM).

Several factors have contributed to enhancing the attractiveness of these areas and the growing demand to visit them, the most important of which is the huge projects being implemented in these areas, the development and upgrading of the main roads leading to and around them, and projects designed to raise the efficiency of the services provided.

These tourist attractions provide a golden opportunity to diversify tourism in the country. The ever-rising tourist demand and turnout at most times of the year, required attention, in addition to the upkeep of tourist sites.

Hatta Dam, The City of Hatta is one of the most important tourist sites in Dubai that attracts visitors from all over the world thanks to its picturesque natural sites, most notably the Hatta Dam and its water lake. The lake has turned into a tourist destination where one can enjoy nature and go camping and kayaking, as the lake is one of the largest water bodies in the region.

Al Rafisah Dam Al Rafisah Dam Rest Area is one of Sharjah’s cutting-edge parks and tourist facilities located between the mountains. It attracts visitors and tourists thanks to the luxurious services it provides, various restaurants, wonderful and safe play areas for children, in addition to the 730-metre walkway surrounded by tall palm trees and fresh green plants and herbs.

Jebel Hafeet in Al Ain City is the first tourist destination at the city level and is one of the largest mountains in the UAE. It is surrounded by Ghaf trees, as well as being home to rare animals such as feral cats and some small mammals such as red foxes and hyraxes, along with a large number of birds such as Egyptian vultures, kestrel, Moroccan falcon and many migratory birds from various other continents.

Jebel Jais tops the list of the most attractive tourist destinations in Ras Al Khaimah, as it is the UAE’s highest natural peak in the Emirates and provides stunning landscapes and wonderful panoramic views of several valleys and plains, green lands, a vast desert and the Hajar mountain range.

Jebel Jais is part of the spectacular Hajar mountain range that was formed over 70 million years ago in the eastern part of Ras Al Khaimah. Towering at more than 1,900 m above sea level, Jebel Jais boasts breath-taking vistas and thrilling adventures for every visitor.

The UAE is rich in many natural and historical sites, which are expected to witness a shift in the level of services provided there, to be included in the top tourist attractions. They will enhance the tourism options and raise the level of diversity of tourism.

It’s summer… head to the Maldives!

DUBAI EXPAT STORIES. ‘Greatness never comes from coincidence; it is a...

DUBAI EXPAT STORIES. ‘Greatness never comes from coincidence; it is a...