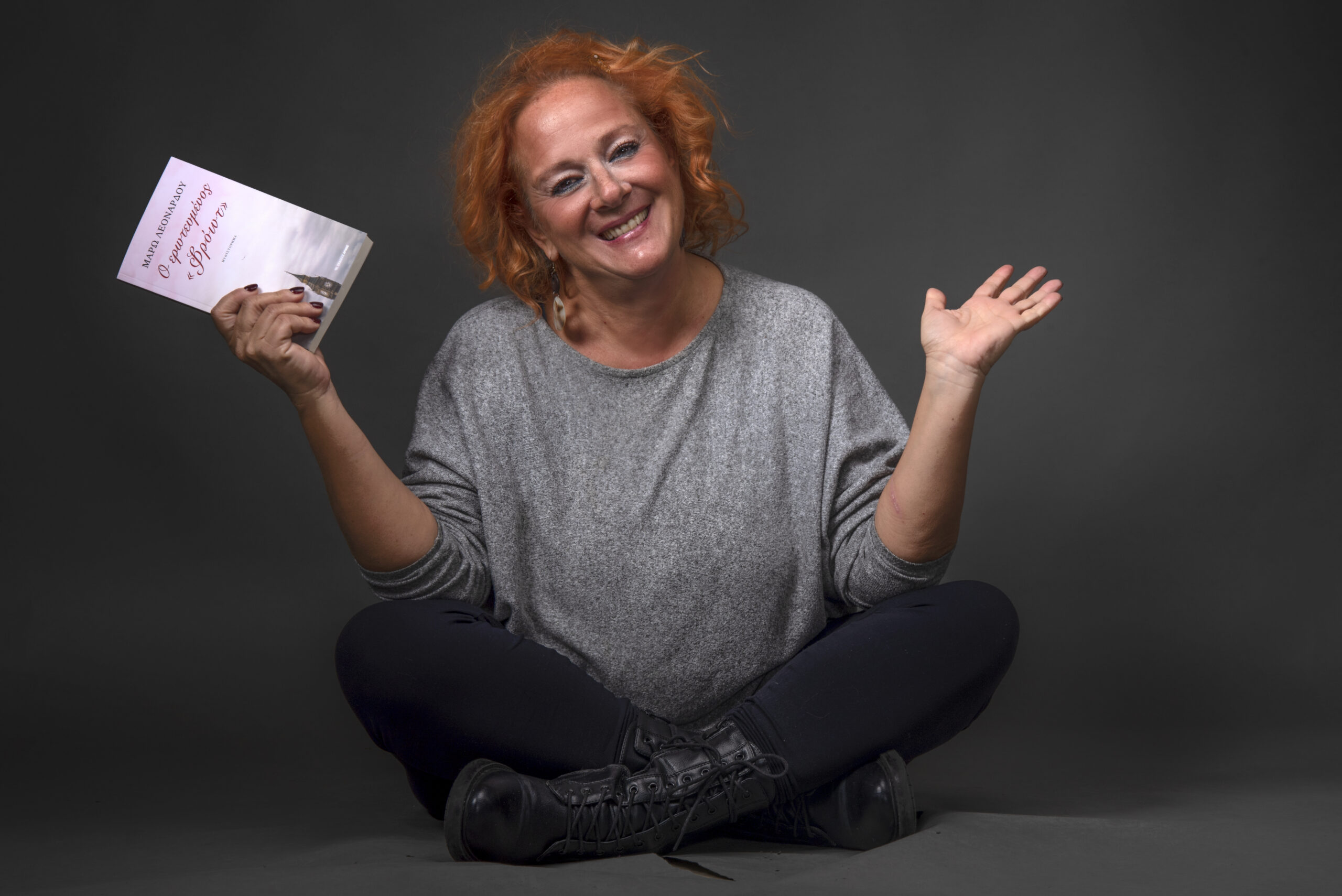 Maro Leonardou is a journalist and author. She was born in Belgrade, Serbia in 1965. She grew up in Athens and she graduated from Maraslio School in 1983. Graduating from French Literature in 1987, she worked for 33 years, from 1984 to 2017, as a journalist for television stations such as ANTENNA (ANT1) and MEGA, newspapers such as MESIMVRINI, EVDOMI, REAL NEWS and on radio stations such as ERA 1, FLASH, REAL FM.  She has three children and a grandchild.

Her sixth consecutive book titled “Freud in Love” is a love story about heartbreak. There is much pain in most of the similar stories, as long as there are still stories of love and affection.

A psychoanalyst who is married falls in love during a flight from London with an unmarried astrologer who is seeking true love. Through their story, the reader is guided through the paths of psychoanalysis and astrology, not conventional astrology, as we know it today, but the occult one that was once a Science, a Magic and a Medicine.

Maro Leonardou mentions two things…First of all, the story, which is either a real event or includes experiences and truth, must be original and interesting, it must be worth telling. In this book, the relationship of a married person with a single woman is not original, but it makes it interesting the fact that he is a psychoanalyst and she is an astrologer, it certainly acquires a different reading approach.

The moral of the story in the book is the “message” it conveys to the reader. Maro has been influenced and continues to be influenced mainly by foreign writers, such as Marques, Allende, Bolaño, Thafon, but also Philip Roth and Doris Lessing. Some modern Greeks she loves to be influenced by are Sfakianakis and Sotakis, but in general Greek authors are not her cup of tea.

Economic reasons made her decide to become a journalist and not practice her studies in French Literature. At the age of 19, she had to work, she could not continue to be a burden on her family’s finances. At that time, due to her journalist father, journalism was the only option she had, convenient for her, so she did it along with her studies in French Literature. Then she remained in that industry.

She talks about the values a journalist should have, and she pinpoints the necessity of a code of ethics, in order to know what is to be broadcast and what is not to be broadcast, something that existed recently on other TV channels like BBC. Now, she doubts if it does exist anymore. Beyond that, a journalist should, as in other professions, be honest and high-minded.

She continues by saying that journalists are not like that today. She wishes all journalists should have listened to what they were told by their teachers, that journalism is a purpose and not a profession.

Maro Leonardou believes that there has never been objective journalism since it draws its conclusions and research from different sources. And the “sources” are the propaganda of each political party, businesspeople or any other entity that echoes the message to a certain target group. It is just that in the past there was concealed objectivity, while today all pretexts have fallen.

Maro misses the ‘live’ on television. What journalists say on a live broadcast during a big event, wherever it happens. This fascinates her that she has a split second to think and needs to be quick-witted, fast and apt. In a sense, she could have become a pilot too, once it requires more or less the same qualifications as the job of a journalist, excluding the verbal skills.

As for her future dreams, she wants to write more books, maybe she gets more professionally involved in psychoanalytic psychotherapy, which for the moment is her new hobby-occupation, maybe at some point she moves to Kythira, her favorite island.

Before concluding this interview she adds her motto “Never put off until next time what you can do now”.